Georgia-based guitarist Jimmy Herring was a member of the Allman Brothers Band, and he’s played lead guitar for a variety Grateful Dead spinoffs, including the Dead and Phil Lesh and Friends. For over a decade, he’s been handling lead duties for Widespread Panic, but with that group scaling back its road time, Herring is using this summer to unveil a new band, the Invisible Whip. 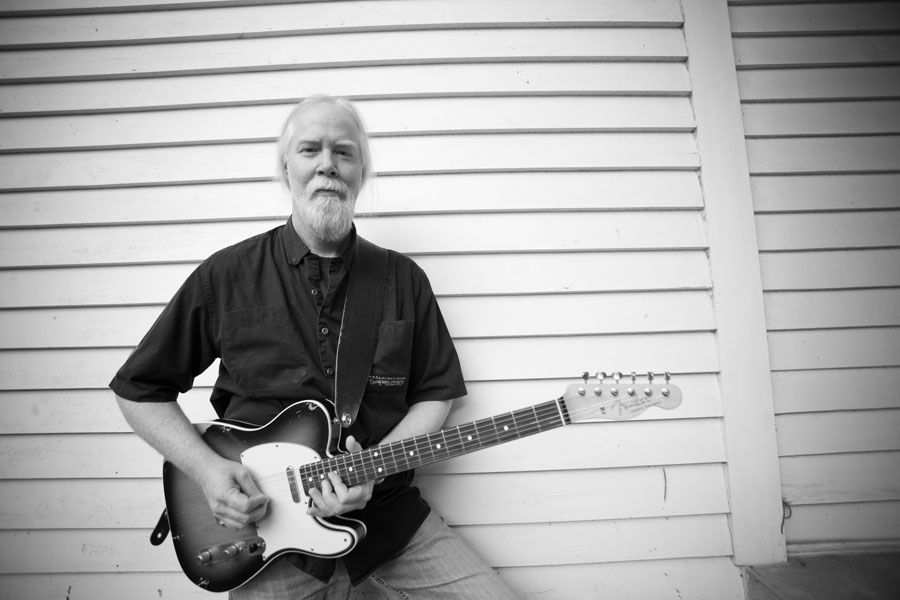 Sonically and spiritually, Herring describes his new outfit as a callback to his time as a member of Col. Bruce Hampton & the Aquarium Rescue Unit, the zany, jazz-rock jamband that flourished briefly as an early 90s contemporary of Phish and Blues Traveler. Hampton, a quirky, underground Southern bluesman who was a mentor to Herring among many other musicians, died suddenly onstage during his own 70th birthday tribute show. Along with Herring, the high-profile show at Atlanta’s Fox Theater featured an all-star cast of Hampton’s admirers, including Warren Haynes, John Popper, Derek Trucks, Susan Tedeschi, Peter Buck of R.E.M., Rolling Stones keyboardist Chuck Leavell, and Phish drummer Jon Fishman.

With the loss of his friend fresh on his mind, Herring has assembled a group of players who have all worked with Hampton in the past. The Invisible Whip roster includes drummer and fellow former Aquarium Rescue Unit member Jeff Sipe, organ player Matt Slocum, bassist Kevin Scott, and multi-instrumentalist Jason Crosby.

“In my opinion there are two types of musicians—ones that have played with Bruce and ones that haven’t,” Herring said. “I want to be surrounded by people who have worked with him, because we all speak the same language.”

With Herring’s guitar work front and center, the new band will swirl jazz, blues, and rock into an improv-friendly instrumental sound. Herring said crowds can expect songs from his two most recent solo albums, 2008’s Lifeboat and 2012’s Subject to Change Without Notice, as well as new material and select covers.

The Invisible Whip’s tour heads south this month with stops at Headliners Music Hall in Louisville, Ky., on August 1, and the Jefferson Center in Roanoke, Va., on August 5. Then during a fall co-headlining tour with John McLaughlin and the 4th Dimension, the band will visit the Durham Performing Arts Center on November 12 and Atlanta Symphony Hall on November 22.

Hard Working Americans is the super-group side project featuring Dave Schools and Duane Trucks of Widespread Panic, guitarist Neal Casal of the Chris Robinson Brotherhood, and Nashville folk singer Todd Snider. The group, rounded out by keyboardist Chad Staehly and guitarist Jesse Aycock, first formed in 2013 and have since gigged sporadically as members stay busy with their primary outlets. But this month, the band will release a new live album, We’re All in This Together, and support the effort with a cross-country tour that will land in the South in late September and early October. Regional dates include a headlining slot at the Sugarlands Mountain fest in Gatlinburg, Tenn., on September 30 and a stop at the Lincoln Theatre in Raleigh, N.C., on October 1.

On the band’s 2014 self-titled debuted studio record, Snider, a prolific tunesmith, only sang the songs of other songwriters he admired, covering the likes of Gillian Welch and Kevn Kinney. But since, the band has developed its own material and honed its dynamic, psychedelic garage rock sound—showcased on the new live record.

“For the kind of band we are, I think this is a definite statement for us,” Snider said of the album, which was mostly recorded at Iron City, a rock club in Birmingham, Ala. “It captures a collective spirit, a collective muse being shared by a thousand-plus people.”

Allman Tribute and Other Collaborations

Fans of the Allman Brothers Band have experienced tough losses this year with the deaths of founding members Butch Trucks and Gregg Allman in January and May, respectively. Both artists will be honored this month with a special set at the Peach Music Festival (August 10-13), an annual event started by the Allman Brothers back in 2012 that takes place at Montage Mountain in Scranton, Pa. Musicians participating in what’s being billed as an “Allstar Tribute to Gregg Allman & Butch Trucks” haven’t been announced, but the festival’s line-up features former Allman alumni Warren Haynes, Oteil Burbridge, Marc Quinones, and Jaimoe. The latter three are members of Trucks’ Les Brers and will offer a final performance of the band at the festival.

Two weeks later Haynes has special plans at the Lockn’ Music Festival (August 24-27) in Arrington, Va., where his band Gov’t Mule will play a special collaborative set with Ann Wilson of Heart. The festival, known for curating unexpected artist combinations, will also feature a joint set by the Avett Brothers with Grateful Dead singer and guitarist Bob Weir.