excludeVoice of the Wild: Liane Russell

Voice of the Wild: Liane Russell

Liane Russell has spent her whole life pushing boundaries. In 1947 she began working as one of the first female geneticists at Oak Ridge National Laboratory. She was the first to discover the effects of radiation on pregnant women, leading to the recommendation not to expose pregnant women to x-rays. Her findings initially sparked severe backlash from radiologists, but today it’s an internationally accepted rule.

In 1966, Russell founded Tennessee Citizens for Wilderness Planning, a grassroots environmental advocacy group that was instrumental in passing the Tennessee Scenic Rivers Act, the first of its kind in the nation. She continues to be a powerful advocate for the protection of wild places throughout the South.

Today Lee, 91, still writes and edits the majority of the organization’s bimonthly publication, a newsletter that just saw its 318th issue. To date, she has helped preserve over 150,000 acres of land and 120 miles of river.

I recently had the opportunity to sit down with Russell in Oak Ridge, Tenn., where she still resides. We sat in the natural light from her large living room window and gazed at the beauty she has worked so hard to preserve while we chatted about her life: science, motherhood, and the necessity of protecting wild places. 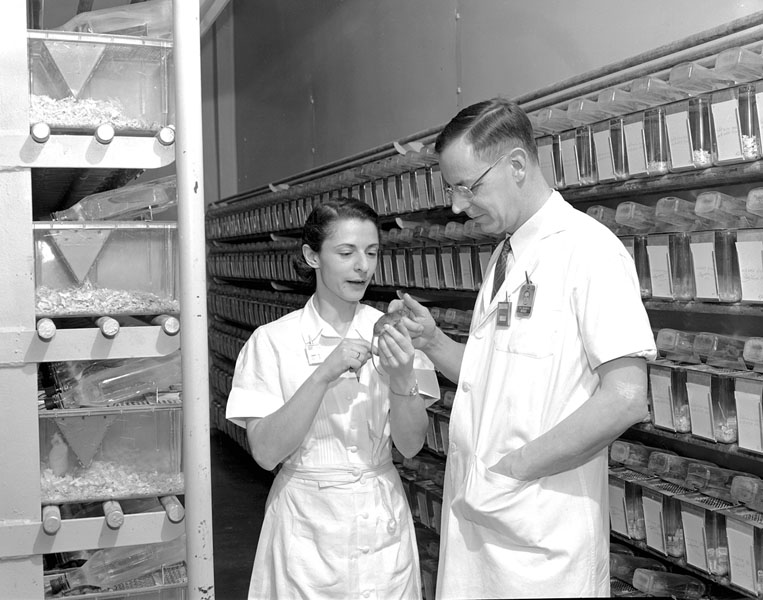 How do you feel about nuclear weapons and nuclear energy? I’m sure you have a unique perspective after your time at Oak Ridge.

LR: I am totally opposed to the use of nuclear weapons, any one of which would go a long ways toward destroying life on Earth. My work at Oak Ridge had nothing to do with nuclear weapons, although we did use the radiation sources for research. As for nuclear energy, I think we should solve the problem of safe nuclear waste disposal before we consider its use. It has the advantage of being carbon-free, but there are better ways of making carbon-free energy.

did being a mother affect your professional career?

LR: I think some of the women who did not have children did a lot more work than I did. I came home and spent time with the kids, and a lot of the other women would just go back to the lab at night.

How did you get started in conservation?

LR: I took a canoe camping trip on the Obed River and fell in love with it. Then I learned that TVA was proposing a dam for the river. I really had no idea what to do, but we began talking to friends and gathering folks to help protect the Obed. About that time there was another group of people who were very concerned about the building of the second transmountain road through the Smokies. Our two groups sort of coalesced, and that’s when we formed TCWP in June of 1966. In 1968 we passed the Tennessee State Scenic Rivers Act.

HOW did you balance CONSERVATION  WORK AND your DAY JOB?

LR: The conservation work took a lot of extra time. All these crises would happen, and you couldn’t just say, “I’ll do it tomorrow.” You had to just do it overnight or whatever. That’s when I probably could have worked at my regular job a lot harder.

WHat CURRENT CONSERVATION PROJECTS are you working on?

LR: We are continuing very hard to get the land acquisition finished for the Obed, but unfortunately it doesn’t look like there is going to be any federal money for a long time. So we are looking for conservation buyers. In the meantime, our organization has had to buy four different properties in order to protect them for the park.

What keeps you in this area now?

LR: It’s unparalleled. It’s so beautiful. I think very few people really know the Cumberlands. My husband always said it was like an upside-down landscape: in addition to mountains going up you have very deep gorges. The rivers stayed wild for so long because people couldn’t even get down there.