Go OutsideWhich parts of the U.S. will be hardest hit by global warming?...

Which parts of the U.S. will be hardest hit by global warming?

Dear EarthTalk: Which parts of the United States are or will be hardest hit by global warming?

It’s difficult to predict which areas of the U.S. will suffer the most from global warming, but it’s safe to say that no regions will be unaffected. Scientists already point to increased severity of hurricanes on the East Coast, major Midwest floods, and shrinking glaciers in the West as proof of global warming’s onset.

Of course, America couldn’t have asked for a better poster child in the fight to stave off global warming than Alaska, which is undergoing dramatic landscape changes as a result of warming-induced temperature increases, glacial melting and sea level rise. Even Alaska’s conservative elected officials can no longer deny that human-induced warming is affecting their state. The picture isn’t looking too rosy in the western continental U.S. either, which is already facing some of the country’ largest temperature increases. The signature glaciers in Montana’s Glacier National Park may be all gone within just two decades. 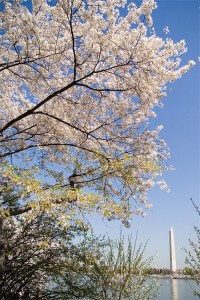 e Organization and the Natural Resources Defense Council, details how the 11 U.S. western states together have experienced an increase in average temperature during the last five years some 70 percent greater than the global average rise. The hottest part of the region has been drought-stricken Arizona, where average temperatures have risen some 2.2 degrees Fahrenheit—120 percent greater than the global rise—between 2003 and 2007. Researchers also found that the West has experienced more frequent and severe heat waves, with the number of extremely hot days increasing by up to four days per decade since 1950.

In the Midwest, seemingly minor increases in temperature have already wrought major effects. In 2006 Lake Erie didn’t freeze for the first time in history, which led to “lake effect” snowfalls as more evaporating water was available for precipitation. Likewise, changes in the lake’s water temperature have begun to alter fish populations, which in turn affect birds and their migratory patterns. Despite localized heavier snowfalls, though, the region is generally suffering from a drying trend. Farmers worry that the result will be lower crop yields and thus more expensive food for American consumers.

On the east coast, coral reef bleaching, heat waves and increased hurricane intensity are just some of the warming-related hazards Floridians have had to deal with in recent years. Washington, DC’s famous cherry trees are now blossoming earlier due to temperature increases. Further north, milder-than-typical winter temperatures have been linked to subtle changes in ocean currents. In New York City, the average temperature has increased about four degrees Fahrenheit since 1880, and could get 10 degrees hotter by 2100, according to a study commissioned by the federally funded U.S. Global Change Research Program.

But the bigger problem for New York City, as well as other low-lying areas around the nation’s coasts, will be sea level rise: Climate models predict that sea level around the Northeast is expected to rise between ¾ inch and 3 ½ feet over the course of this century.