In February, 17-year-old Victoria Creed fell 50 feet off a ledge in Pilot Mountain State Park. The Associated Press reported that she was hiking near the Three Bears gully with friends when she slipped and fell. Surry County Emergency Services rescued Creed in 90 minutes using a basket to pull her to safety. Creed suffered a broken collarbone, a fractured foot, and cuts that required stitches. Creed reported that the fall was due to her wearing the wrong type of footwear while hiking. 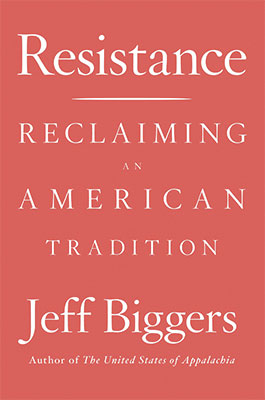 Biggers is a mountain man from a coal mining family who previously published The United States of Appalachia and Reckoning at Eagle Creek. His latest book may be his best yet. Resistance chronicles the hard-fought social justice movements and rebellions throughout American history. With fresh insights from the American Revolution to Standing Rock, Biggers argues that resistance is a quintessential American tradition and the most patriotic act we can undertake to sustain democracy.

The Yamacraw 50K has become one of the largest in the Southeast in just a few years. Over 600 runners will toe the starting line on April 7. It runs through Kentucky’s Daniel Boone National Forest along the Sheltowee Trace Trail and finishes in Big South Fork National Recreation Area. For an even bigger challenge, the No Business 100 on October 14 traverses the heart of Big South Fork Recreation Area in Kentucky and Tennessee.

FARM TO FORK FONDO COMES TO THE BLUE RIDGE

The Farm to Fork Fondo spins through Virginia’s Shenandoah Valley on May 19-20. Rides from 10 to 100 miles take cyclists on tours of family farms. Afterward, they enjoy chef-prepared meals with food grown on the farms. Pro cyclist Tyler Wren launched the Virginia Farm to Fork Fondo in an effort to connect cyclists to the farmland they often enjoy on lengthy rides.

On April 20, the inaugural Hellbender Hundo will take runners across 100 miles of Western North Carolina’s burliest mountain landscapes. It features 62 miles of trail running, 10 miles of paved road, and 28 miles of gravel, with over 50,000 feet of total elevation change. Racers must complete the race in 40 hours.

On August 11,  The Great Balsam Bike Relay in Jackson County, N.C., will combine mountain biking and road biking on a course that will travel over gravel, dirt roads and asphalt. Although the exact route will remain secret until the day before the race, it can take teams anywhere from 12-16 hours to complete. The course will be split into eight segments that vary in length and elevation, and each team member will have to complete two segments. Oh, and did we mention that all participants receive a voucher for a beer at Innovation Brewing’s after-race party? Learn more at darkridgeracing.com.

Dollar amount outdoor recreation contributed to the U.S. economy in 2016, according to a report released in February by the Federal Bureau of Economic Analysis. Outdoor recreation accounted for two percent of the country’s gross domestic product.  “The public will no doubt be surprised at the economic importance of this industry,” said Commerce Secretary Wilbur Ross.

Dan Smith was named the new acting director of the National Park Service. In 2003, Smith was reprimanded for pressuring park employees to allow Washington Redskins owner Dan Snyder to cut down over 130 trees on federal park lands for a better view of the Potomac River.

I’ve got your back

—North Carolina’s Kevan Chandler, who has spinal muscular atrophy and is usually confined to a wheelchair. But he recently completed a trip across Europe, carried by friends in a special backpack he created for himself. Now he’s plotting a fall trip to China, where he’s planning to visit children in orphanages and give away samples of the backpacks, which he’s trying to produce on a larger scale for other people with disabilities.

Mothers who live within one kilometer of fracking sites are as much as 25% more likely to give birth to low-weight babies.

Pennsylvania Family Reunited with Missing Dog After a Decade

Never lose hope if your furry friend goes missing. That’s the lesson to take away from an AP story about the Suiervelds, a family from Apollo, Pa., that was recently reunited with their dog, Abby, who ran away back in 2008. Abby, a black Labrador mix, was found in January on the front porch of George Speiring, who lives in Lower Burrell, about 10 miles west of Apollo. When Speiring took Abby to Animal Protectors of Allegheny Valley, the dog was found to be in good health, and it was discovered she had a microchip that enabled her to be reconnected with her original family. Debra Suierveld said her daughter, a 22-year-old student at Miami University in Ohio, started crying when she was told that Abby was home. She added, “It feels like a part of my kids’ childhood is back, part of our family is back.”

Paleontologists discovered a rich trove of Triassic-period fossils in an area that Trump removed from the Bears Ears National Monument. The site is now in danger from mining and off-road vehicles.

Alligators in a frozen North Carolina swamp stick their snouts above water just before it freezes, essentially allowing themselves to be frozen in place, allowing them to breathe until the ice thaws.

Of some 450 remaining North Atlantic right whales, 17 are known to have died in 2017, and no new calves were born in 2018. Officials with the National Oceanic and Atmospheric Administration say that the species must now be considered at risk for extinction. 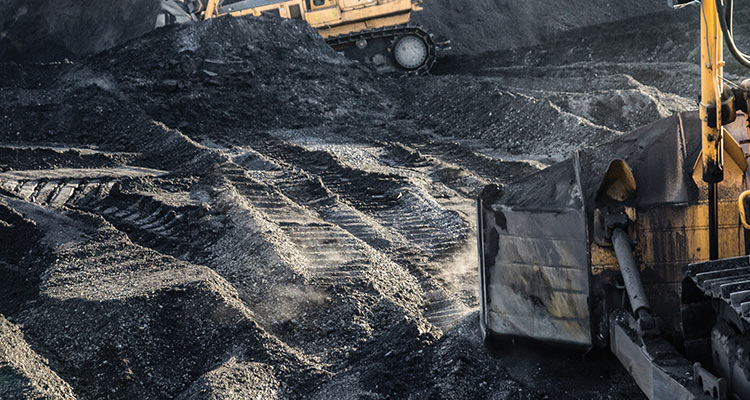 COAL’S WAR ON HEALTH AND JOBS

In the past four years, Kentucky, West Virginia, and Virginia have reported the largest cluster of black lung disease ever. 416 cases of the fatal coal miners’ disease have been reported in three clinics. Fifteen coal miners died in 2017, nearly double the number from 2016. And in Trump’s first year in office, the U.S. solar industry lost nearly 10,000 jobs. The coal industry gained 500 jobs.