A GOP bid to allow bikes in wilderness threatens to crack a conservation coalition.

It’s only a single sentence, but embedded within those phrases is a concept that is roiling the membership of the International Mountain Bicycling Association and which threatens to splinter the coalition of outdoor recreation user groups who support the country’s bedrock environmental and public lands laws.

The Wilderness Act was signed into law in 1964, with a succinct definition: “A wilderness, in contrast with those areas where man and his own works dominate the landscape, is hereby recognized as an area where the earth and its community of life are untrammeled by man, where man himself is a visitor who does not remain.”

Wilderness advocates, however, stridently oppose the bill. They oppose allowing mountain bikes into wilderness areas because mechanized technology allows people to go farther in a short amount of time than they say was ever envisioned for wilderness. 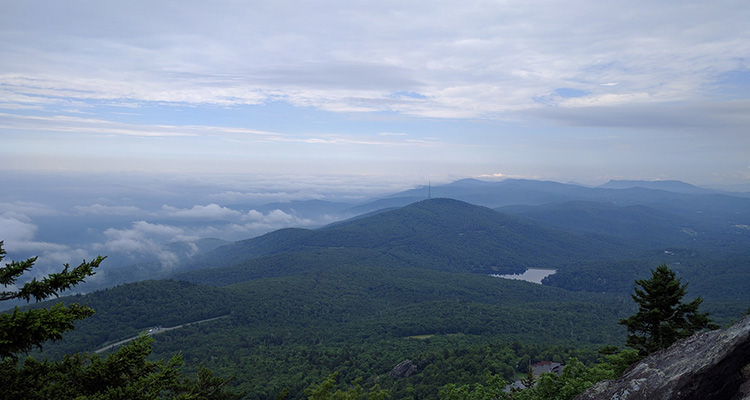 “We’ve basically dubbed this the wheels over wilderness bill because it prioritizes bikes over every other use of wilderness. It gives them domain,” said Michael Carroll, senior director for the People Outdoors program for the Wilderness Society. “We think it’s a complete rewrite of the Wilderness Act.”

Opponents are also skeptical of the bill’s congressional support. Its sponsor, U.S. Rep. Tom McClintock, a California Republican, received a 0 percent score from the League of Conservation Voters in 2016, and his lifetime score is only 4 percent. He regularly votes in favor of extractive industries and against protections for public lands and endangered species.

“Right now, wilderness is under siege like never before,” said George Nickas, executive director of Wilderness Watch, which in December sent a statement signed by 133 conservation groups opposing HR 1349. “There are people in charge who have for years wanted to undermine the Wilderness Act. They now have the best opportunity they’ve ever had, so they’re going for it. The fact that you have this very weird political dynamic with extremely right-wing Republicans forming an alliance with the mountain-biking community shows how unprincipled they are and how far they’re willing to go after the Wilderness Act.”

The legislation has placed the International Mountain Bike Association (IMBA) in a tenuous position. The organization often opposes designation of new wilderness areas that affect established bike trails and “revered riding opportunities,” according to its statement to a congressional subcommittee on HR 1349. In the same statement, however, IMBA affirmed that it did not support the legislation, largely because of the power of the larger conservation coalition.

“Wilderness is under siege like never before…Extremely right-wing Republicans are forming an alliance with part of the mountain-biking community to go after the Wilderness Act.”

“As part of our commitment to trail access and public land stewardship, we have been involved in discussions about Wilderness and other forms of legislatively driven protections for public lands for decades,” IMBA’s statement said. “We find that when mountain bikers are given a seat at the table in these discussions, we can protect important trails while finding common ground with those who are looking to create new conservation designations.” Yet some of IMBA’s membership disagrees with the stance. In response to an interview request, IMBA spokeswoman Eleanor Blick wrote, “We’ve stepped back from speaking much on HR 1349 because (as you have probably noticed) the discourse has gotten pretty nasty in the mountain bike community.”

The crack in the coalition that wilderness advocates fear is, to some extent, already happening. Some mountain bikers clearly see HR 1349 as an opportunity to explore, or in some cases re-discover, wilderness trails. The legislation is backed by Sustainable Trails Coalition (STC), a political advocacy group that has taken a different approach than IMBA.

“HR 1349 flies in the face of IMBA’s strategy,” said STC Director John Fisch. “They’ve said, ‘We’re trying to play nicely. Anything that rocks the boat we are not going to support.’ Our position is, hey we love your advocacy efforts. But the problem is we’ve lost quality singletrack in the last five years. Their strategy doesn’t seem to be working.”

These advocates argue that wilderness advocates trying to keep bikes out are those who are dividing the coalition.

“That’s the greatest travesty and sadness I have surrounding the whole issue of mountain bikes in wilderness areas,” said Greg Heil, editor of Singletracks.com. “A lot of these gung-ho wilderness advocates are painting us as people who want to pillage the wilderness and tear things up. That’s not the case at all. Pretty much all the mountain bikers I know are conservationists. We love our wild lands. We don’t want to see our lands developed for resource extraction; I don’t even want to see new trails built in wilderness areas. We just want to enjoy some of the trails already there on our bicycles in a low-impact way.”

In eastern West Virginia, the debate over HR 1349 has ripped the scabs from old wounds that stem from past disagreements over bikes on public wildlands. Take the Dolly Sods Wilderness in Monongahela National Forest, which stands out for its rocky, high-altitude plateau characterized by wind-swept boulders and stunted trees. The wilderness area began as a 650-acre parcel, but has grown to encompass 17,371 acres of Forest Service land. The most recent expansion came in 2009, as part of a broader bill that reclassified 39,000 acres in West Virginia as wilderness. Dolly Sods Wilderness expanded by 7,215 acres.

Local mountain bikers, who regularly rode Blackbird Knob and other trails, fought against wilderness expansion and remain bitterly disappointed in the outcome.

“In Dolly Sods wilderness, 25 miles of trails were closed to bikes,” said Matt Marcus, an IMBA member, former owner of Blackwater Bikes, and a founding member of the West Virginia Mountain Bike Association (WVMBA). “Now it’s like Disney World up there. It’s overrun with people, with forest fires starting, people getting lost. The rescue squad has to go in all the time. To me, the whole idea of making it wilderness backfired. It was supposed to protect that property, but instead opened it up and made it a hugely popular, nutty place. On summer weekends, everyone around here avoids it.” 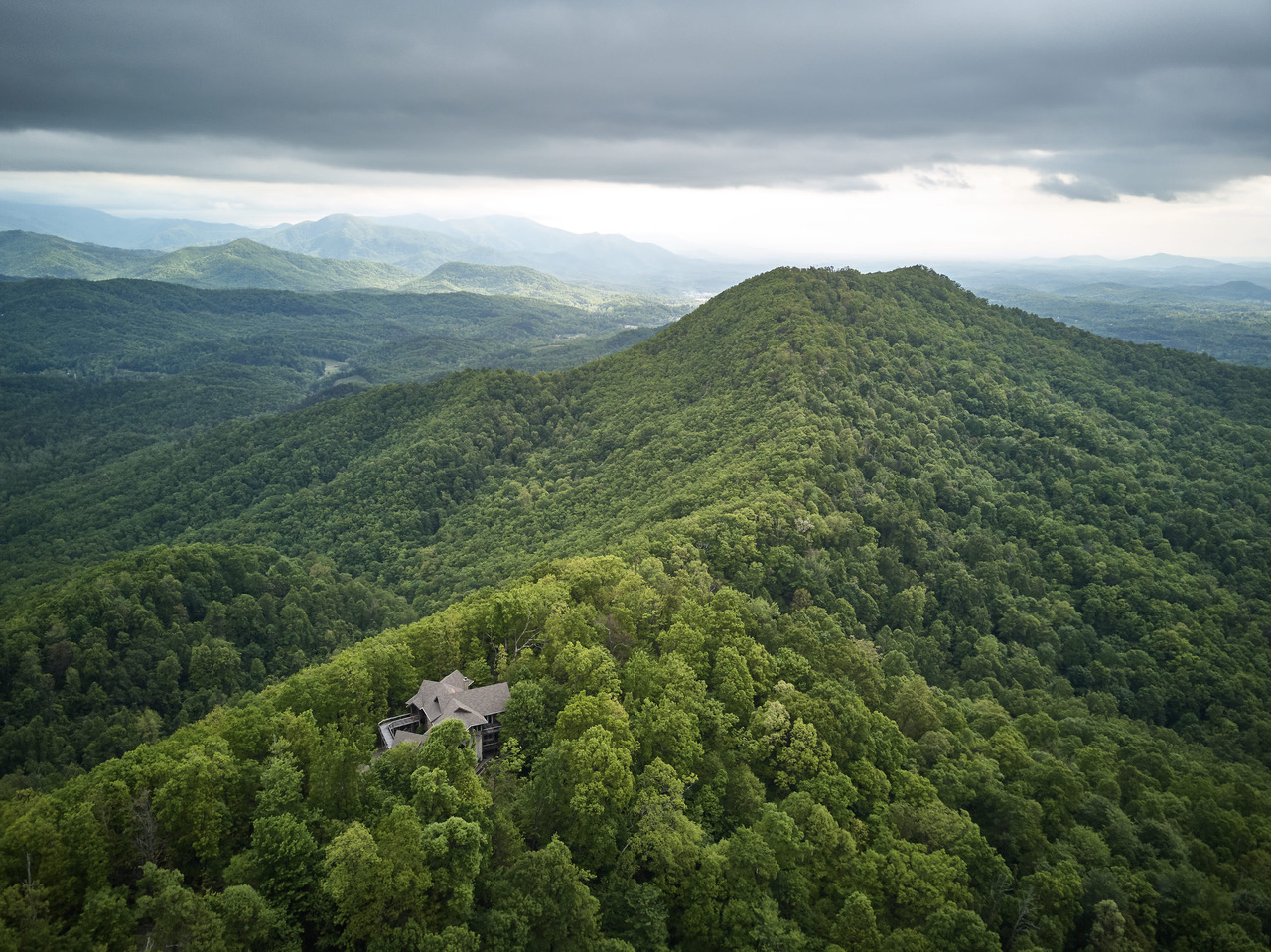 David Saville, who works with the West Virginia Highlands Conservancy and was a major player in the decade-plus effort to get that land declared wilderness, says the project was meticulously planned, he said, with contingencies to address forestry, timber, wildlife, state agencies, and concerns of various user groups, including mountain bikers. The wilderness coalition, for example, had looked closely at both Canaan Mountain and Gauley Mountain as potential wildernesses that met many of the group’s metrics.

“The first thing we did after we completed our inventory was to approach the mountain biking businesses and communities around those two sites and say, ‘We know you all use this mountain, so we’re going to take it out of our proposal. Even though these are two of the biggest and best areas, we’re not going to include it in our proposal because it’s important to the mountain biking community and your businesses,’” explains Saville.

The move was intended as an olive branch to mountain bikers, he says. Meanwhile, the coalition was ready to negotiate further.

“We had back-up plans in our pocket,” Saville said. “To be honest with you, we were skeptical that Dolly Sods would make it into the bill because it had a mountain biking constituency. We thought the mountain biking community would push back much harder than it did.”

“We have the opportunity here I think to build an entirely new army of supporters of our wild places.”

Matt Marcus says that events unfolded much differently than Saville portrays them. The mountain biking community stood united in opposition to the ultimatum given by Saville, who was a paid employee of The Wilderness Society at the time. The threat of proposing Canaan Mountain and Gauley Mountain as Wilderness was a bluff, says Marcus, who was the IMBA representative for West Virginia at the time, and he called Saville’s bluff. Canaan and Gauley were never put into the proposal.

At the last minute, after the bill had been introduced to the House by then- U.S. Rep. Nick Rahall (D-WV), a deal was made with Gil Willis, Elk River Touring Center, to do $30,000 of trail work on a trail leading to his business in Pocahontas County, in exchange for his testimony before Congress as a mountain biker in favor of the Wilderness bill. The bill had no effect on mountain bike trails in Pocahontas County or anywhere near his business, says Marcus. Other than Willis, mountain bikers remained as a single voice against the closure of Dolly Sods to bicycles.
“How is an ultimatum of a threat to close all of our best local Forest Service riding areas turned into an ‘olive branch’?”  says Marcus. “They came to us…telling us to support them closing Dolly Sods and all the other acreage to bicycles, because they weren’t going to close Canaan and Gauley Mountain. Those areas would never have made the Forest Service list of proposed Wilderness in the first place. What was the nature of the so-called negotiations? There were none. That is called an ultimatum. No deals were offered.”

The Dolly Sods expansion illustrates how outdoor groups can splinter amid tension over wilderness areas. With public lands under assault by elected officials, that’s a large part of why HR 1349 is so alarming to wilderness groups and to the IMBA.

“We need to be in lockstep in protecting public lands, whether a wilderness area or a national recreation area that’s open to bikes,” said the Wilderness Society’s Carroll. “The wedges being driven into these communities are a big concern for us. That being said, I hope that folks can take a step back and look at what IMBA is doing. They are an unbelievable partner and advocate for protected public lands in this country. They have worked with the wilderness community, local conservationists, and others to develop proposals that work for wilderness and mountain bikers and others.”

Supporters of the bill see it as a chance to build a new coalition and rally more support behind public wildlands.

“We have the opportunity here I think to build an entirely new army of supporters of our wild places,” said Fisch. “We’ve got lots of backcountry cyclists who are right-leaning and just generally vote straight Republican tickets, and also like to ride their bikes in the woods. If we’re really interested in strengthening the coalitions of Americans to support our wild places, there’s no better way to do that than to bring more people to our wild places. As long as we arbitrarily restrict bikes from wild places, that is what is keeping a lot of people from getting excited about defending national monuments, wilderness areas, or the like.”

Carroll counters that the STC is oversimplifying the issue in an attempt to muddy the waters.

“It’s a simple argument to say, ‘For it or against it?’” Carroll said. “STC is manipulating that. People are busy. It’s hard to go through the nuances of all of this. McClintock and the people at STC are taking advantage of the desire for an easy fix to discredit good, positive-thinking conservation organizations. Whether mountain biking, hiking, or old-school environmentalist groups, we need to stand together with the understanding that these are bedrock conservation laws we all need to protect.”

It appears that HR 1349 has a difficult road to passage. A similar but more nuanced bill was introduced in the Senate last term, but failed to clear committee. Its sponsors didn’t even bother to re-introduce it this term. Even if HR 1349 is passed by the full House, its chances in the Senate appear slim at best. But in 2018, no public wildlands are safe from federal lawmakers.