A Brief History of Plaid Shirts

Plaid shirts won’t die. They only continue to evolve. Disciples owe great thanks to the rebels of the Scottish highlands, who first donned the criss-crossed tartan on kilts in the seventeenth century, as a mark of clan identity. American factories (R.I.P.) started churning out the checkered patterns in pre-Civil War times, and through the years an inexplicably diverse array of cultural demographics have adopted the trend. What other piece of clothing at some point in time could have been a defining look for rail workers, rednecks, lumberjacks, cowboys, farmers, truckers, hippies, hipsters, Mr. Fix-Its, feminists, grunge rockers, gangster rappers, surfers, and skaters?

Of course, the outdoor world has been a steadfast supporter of the resilient fashion phenomenon for decades—from old-school hikers to dirtbag climbers to a recent explosion among terrain park air junkies. With that in mind, we look back at some of plaid’s finer moments in history. 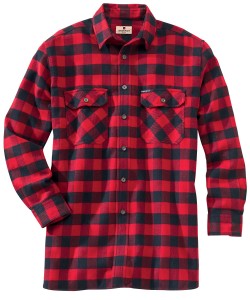 1746 Plaid banned by the British for four decades after Scottish Rebellion.

1850 Woolrich unveils the two-tone plaid Buffalo Check shirt, which is still available today. According to the Pennsylvania-born company’s history books, the pattern designer owned a herd of buffalo.

1939 Red Flannel Day is started in Cedar Springs, Michigan, after the town became nationally famous for producing red flannel sweaters. The town still holds a massive Red Flannel Festival over the last weekend in September and first weekend in October. 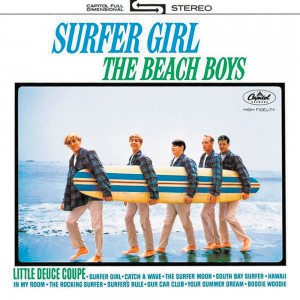 1963 The Beach Boys make the Pendleton plaid shirt famous by wearing it side by side holding a surfboard on the album “Surfer Girl.”

1978 In his quest for the Tennessee governor’s office, now senator Lamar Alexander walked 1,000 miles across the state in a red and black flannel shirt. The populist stunt helped earn him the office for eight years.

1991 Pearl Jam debuts video for “Even Flow.” Flannel becomes scarce in Seattle for the remainder of the decade.

1993 In his video for “Today was a Good Day,” Ice Cube wears the gangsta’s top-button flannel with a hood.

2007 High school student Danielle Cook starts the Flannel Fridays Club in Oneida, N.Y. It has since gone viral on Facebook.