The ultra-motivated Hardrock champ, Iraq vet and adventurer discusses the sources of his inspiration.

Champion ultra-runner, Jason Schlarb has racked up an impressive resume, racking up a Hardrock 100 win, three Run Rabbit Run 100 wins and a top American finish (fourth overall) in the Ultra Trail du Mont Blanc. At times he seems superhuman: At the 2018 Rabbit Run in Steamboat Springs, he finished in 18:48:08 by running sub 7-minute miles for 93 of the race’s 101.7 miles. But, reasons to be impressed with Jason don’t stop there. Since serving for 10 years as an officer in the US Air Force, during which he deployed to Iraq and earned the rank of major, he has focused on creating a life centered around adventures that push his limits.

With that motivation driving him, the 40-year-old has completed a Winter Hardrock 100 (on skis over four days). He has explored remote regions of Patagonia, New Zealand, and this year, China, where he ran a 55K trail race and just days later established the Fastest Known Time (FTK) on 17,703-foot Haba “Snow” Mountain, which he refers to as “the Mount Rainier of China.”  When he’s not exploring foreign lands, he lives in Durango with his 7-year-old son, Felix, and girlfriend, Meredith June Edwards, who keeps him moving since she’s also a pro ultra-runner, sponsored ski mountaineer, and ski-mo racer. 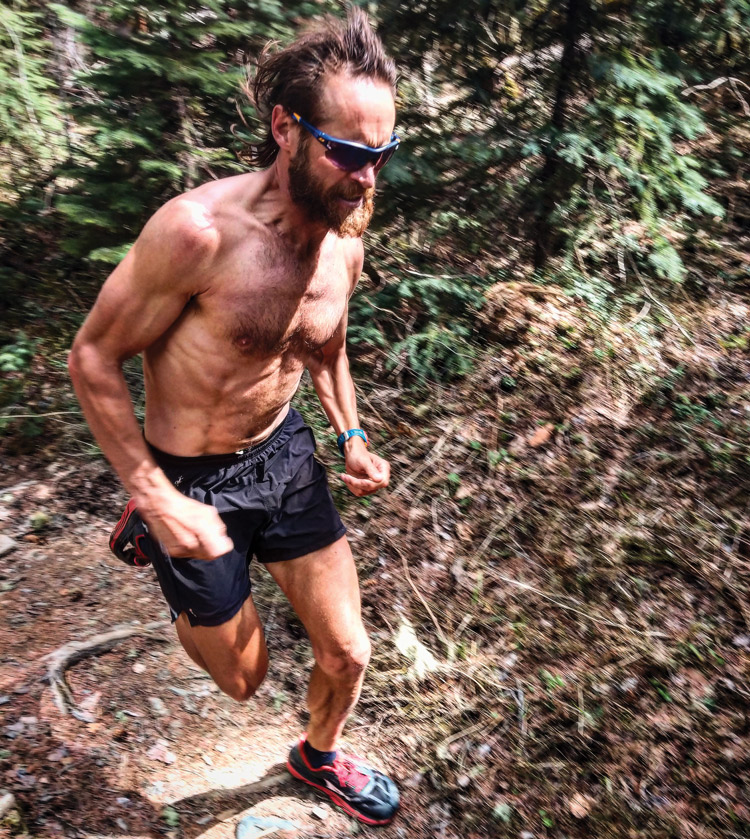 What do you love about running?

For me, it’s the simplicity of being able to run wherever and whenever I want without needing a team or equipment. To just rely on my body while I explore, cover huge distances, and push myself to see how far I can go.

Why did you get into trail running?

In college, I loved backpacking and hiking, but discovered by running I could see vast swaths of lands, cruise over technical trails, and cover 15 to 25 miles while getting to sleep in my bed. This adventure aspect, plus the fact that I learned I was suited for running really fast up mountains, fueled my passion.

Definitely. I even have a hard time playing board games, but I’ve matured and with sponsors and success my running has evolved so I can enjoy the exploration and travel aspects more and I can go on a run and not worry about if it was 10 seconds faster than last time.

How did you get on this path?

I was on a very conventional track—studying engineering, getting an MBA, becoming a major in the military. Three months after my son Felix was born, I deployed to Iraq. Being away from him, being deployed presented significant challenges that forced my transition. I decided I wanted to live in the mountains and have freedom. I didn’t plan to be a professional runner, but I took a year off and trained. At the very same time, the sport really took off to the point where athletes could be paid. I didn’t foresee that coming. It just naturally happened.

Any downsides to the lifestyle?

Sometimes I have fears about what I’ll do next or the income, but the opportunity to be with my son and travel and spend time with Meredith…There are so many benefits to this lifestyle; it’s been a surprise motivator and outweighs any perceived downsides.

Winning Hardrock for the second time with Killian Journet. I pushed him, he pushed me, and we decided to finish together and win as a team. Not only is this race in my backyard, it’s also the most revered 100-mile race among mountain runners and Kilian is a mountain running icon. He is the ultimate. To finish and win with him was incredible.

What was the toughest part about Snow Mountain?

I was climbing by myself and after pushing for hours through a blizzard that dumped multiple feet at basecamp to reach 18,000 or 19,000 feet, I couldn’t see slope in front of me. Then I hit that deep-down tiredness that comes from running that high, for that long and I couldn’t even see top. I thought, “Uh oh, how is this gonna turn out?” All that struggle made getting to the top even more emotional.

When asked about your adventure on Snow Mountain, you called Meredith “inspirational.” In what way?

During these efforts, you’re solo. That’s gratifying and rewarding, but I’m not 20 anymore so it’s a lot more meaningful to share an intense experience and explore with someone I love. Making the right choice is a lot harder than continuing on. Watching her make the right choice to turn around (which is a lot harder decision than continuing on) was inspiring. To be in the moment and say, it didn’t work out, I have to come back…that’s the hardest thing, but the consequences of not doing that are scary. I do love her and am so glad she would make the tough decision and stay safe.

What are some mental tricks you use to push through?

First, I smile, or force out a laugh. It just changes the way I feel. Next, I turn to a mantra. One I really love is: “nobody else in this race matters but me and what I’m doing.” When you’re out there for so long, it’s easy to get distracted, but I do best when I focus on how I’m feeling and run each moment the best I can. And throughout, I think about Meredith and Felix- doing them proud really motivates me.