Go OutsideTrail Names: The Best of 2017

When you’re on the A.T. you’re bestowed a trail name—a nickname, of sorts, that becomes your primary identity. Here are some of our favorites trail names from this year’s class of thru-hikers.

“My first night on the trail, I got to the shelter, and I noticed everybody was in their tents. No one was in the shelter because there were so many mice. I was so tired, I didn’t care. I was the only one who slept in the shelter. There were mice everywhere. I would turn on my headlight and they’d go away. Then after awhile, they just stopped going away. So I set up my tent in the shelter and went to sleep. The next morning I went to the privy, and there was a mouse right behind me, just staring at me the whole time.” 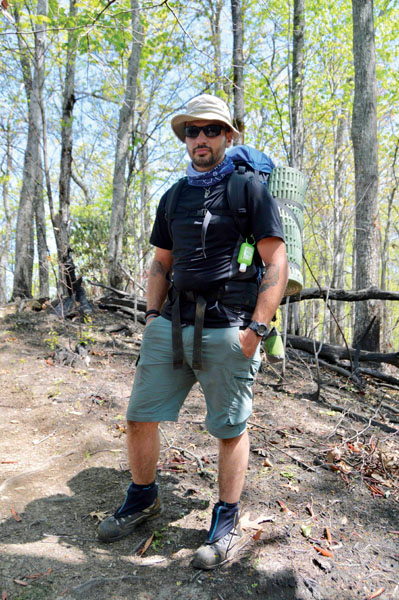 “I was at one of the shelters, and I picked up a block of cheese, and ate it down in under a minute, and it was good, so they called me cheese. I tell bad jokes, and I’m from Wisconsin, too, so I’ve got all three things going on.” 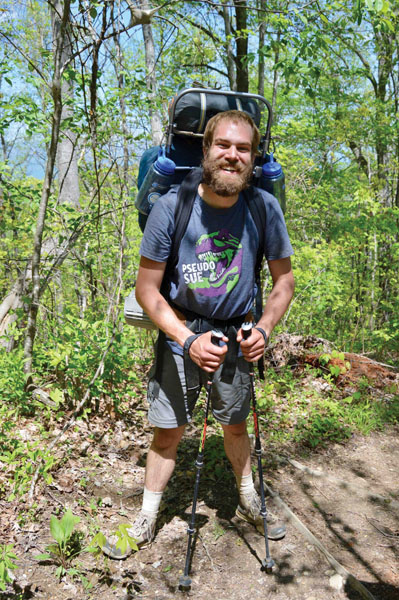 “My first night out here, I got sick, and I threw up a couple times.” 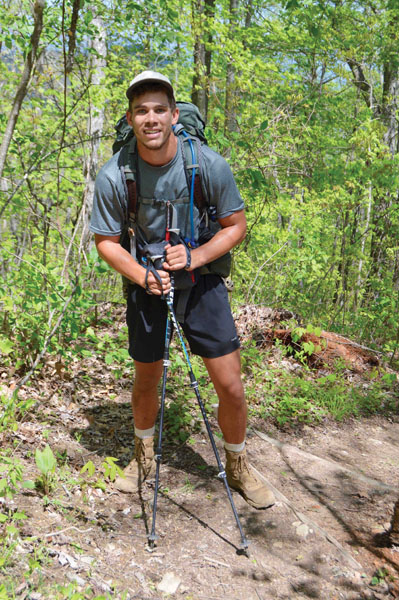 “I make jewelry out of metal wire, things like that. I was crafting on the rail a little bit, and someone said, ‘Oh you’re Magnito.’ It’s a super-villain in X-Men who is able to manipulate metal magnetically. After the A.T., I hope to start making jewelry for a living.” 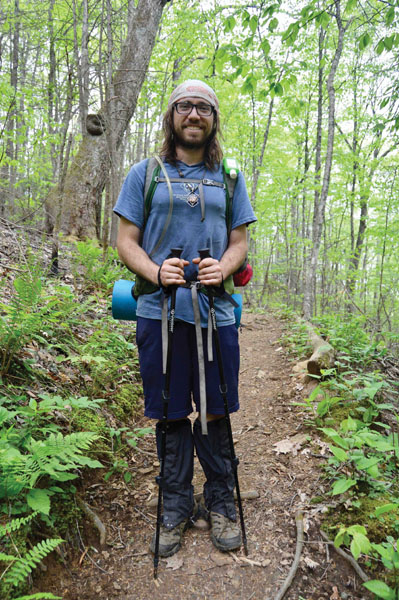 “It’s a game I play with my son online.” 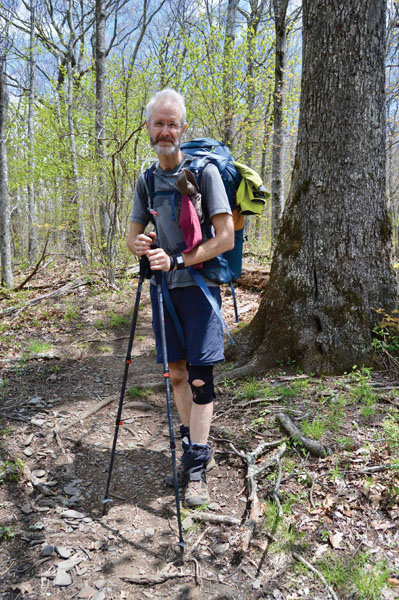 “Some young kid was here, and he had Max first. That’s the one I wanted. And because of the beard, he stuck me with Santa Max so he could keep what he wanted.” 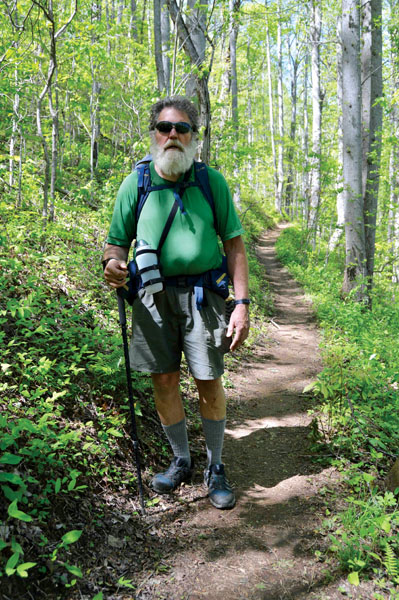 “I got it on the Pacific Crest Trail. I had never backpacked before, and I had no idea what I was doing. I was probably carrying about 60 pounds. I kept pulling up and cinching my backpack, and when we stopped at the first break, I unclipped everything, and I think my squeezed-up insides just kind of loosened, and I threw up all over the trail. Some older gentlemen came by and checked that I was okay and walked on. About 10 days later, or so, I ran into one of them again. He walked right up to me and was like, “Hey, Heat Wave, how’s it going?” The name stuck.” 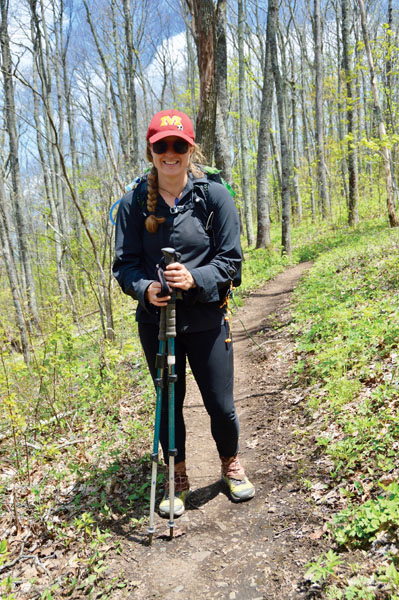 “My hair is crazy purple, and I put it in a really high top bun a lot of the times.” 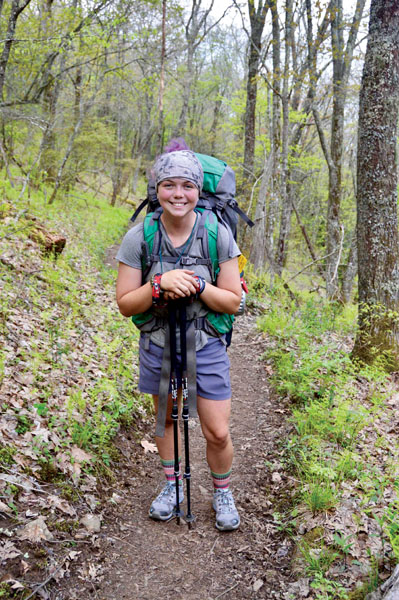 “I move through the woods like a fox, and I’ve got red hair and a big red beard.” 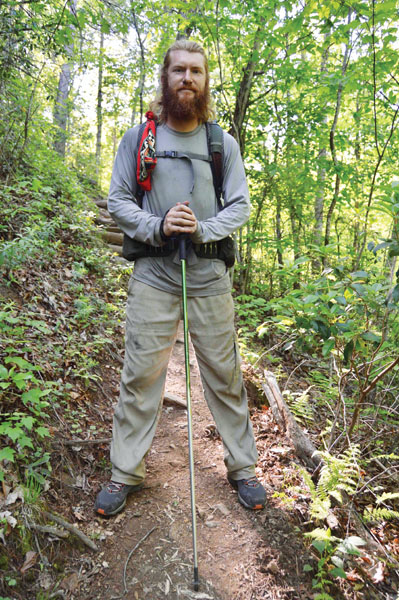 “I split my pants on Day 3, and I wear yellow shorts. I guess I’m kinda stuck with that the rest of the way.” 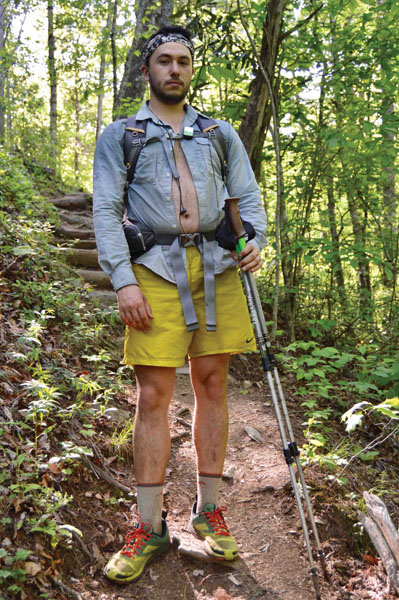