The largest and most anticipated chapter in the Fallout video game series takes place in West Virginia, featuring real-world locations.

I know, we’re talking about video games on Blue Ridge Outdoors. It’s definitely not our bread-and-butter. We preach #gooutsideandplay, not #stayinsideandplayvideogames, but when a series like Fallout bases their largest and most anticipated game of the franchise in West Virginia, we pay attention.

After watching the trailer for Fallout 76, it’s hard to miss the real-world landmarks featured in the game, many of which we’ve covered online and in the magazine. From iconic buildings to local folklore, the designers and developers at Bethesda have done an incredible job of incorporating West Virginia’s real-world charm into an apocalyptic wasteland. Morgantown, Harper’s Ferry, Charleston, and more all make their way into this groundbreaking game. 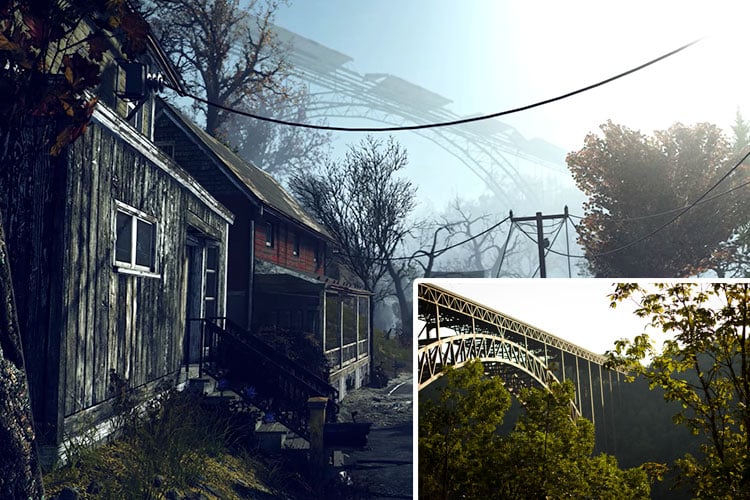 This iconic bridge is hard to mistake for anything else. While there may be a number of similar bridges in coal country, I’m pretty sure they drew inspiration from the most popular one in the state. We’ve written about hiking, biking, and fishing in New River Gorge, but never surviving there during an apocalypse. It will be interesting to see how the developers incorporated the surrounding mountains, wilderness, and of course, the New River into the game. 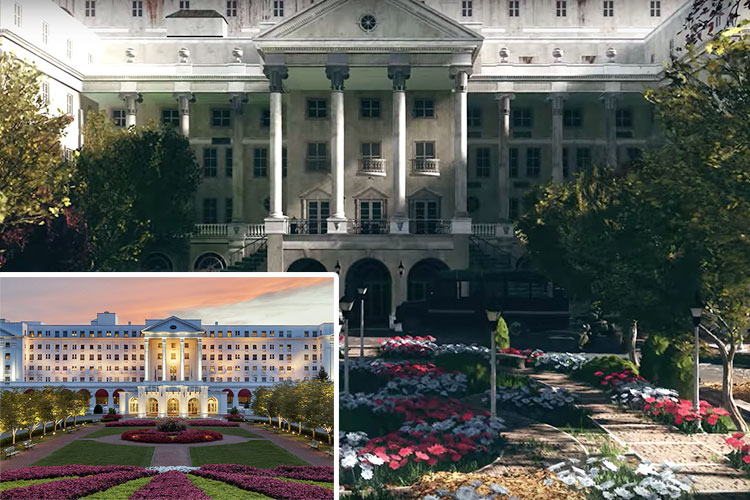 Ironically, the Greenbrier sits above a Fallout-style bunker. Built in the 70’s by the U.S. Congress, the site was decommissioned after the Washington Post blew its cover in 1992. Now, the Greenbrier is an upscale resort located in Sulphur Springs, W.Va. They are a popular attraction, playing host to many major sporting events like golf and tennis championships. 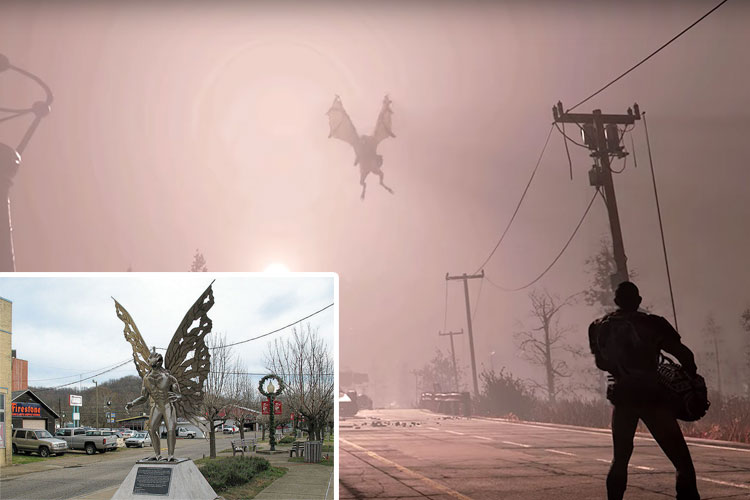 If you’re not from around the area, you probably haven’t heard of the Mothman from Point Pleasant. Reportedly seen from 1966-1967, the Mothman has become an infamous part of West Virginia folklore, similar to Bigfoot or the Skunk Ape. Did the developers of Fallout 76 draw inspiration from this urban legend? Seems a bit coincidental since they have a flying, man-like creature called a Scorchbeast in the video game’s trailer.

Note: After watching the Fallout 76 Documentary, they mention the Mothman is an ever-evolving enemy throughout the game. 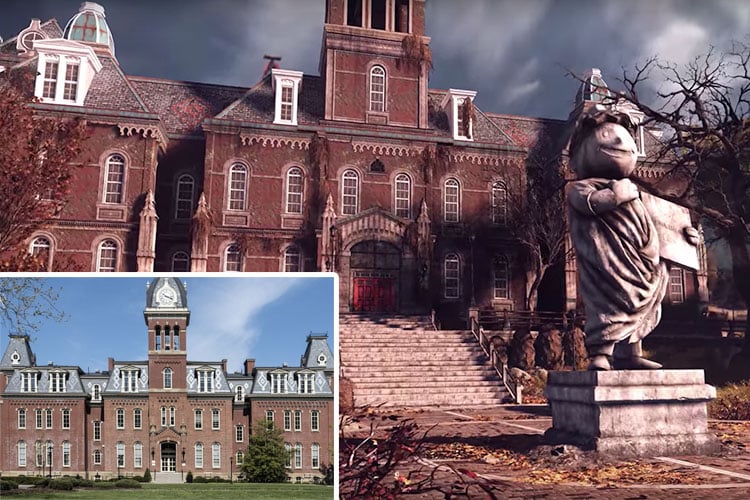 This iconic building is part of the Woodburn Circle, a historic group of buildings in the downtown campus of West Virginia University. First known as University Hall, Woodburn Hall was constructed between 1874 and 1876 and is the largest of the circle’s buildings. The designers have added their own touch to the grounds by placing their mascot, Vault Boy, as a statue in front of the hall. 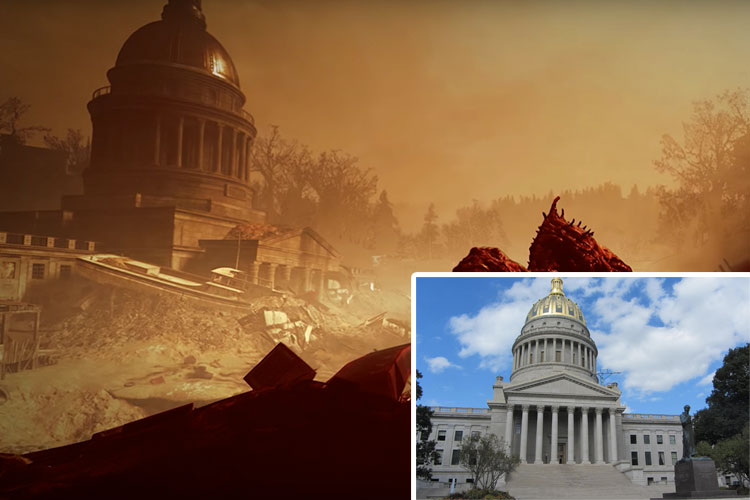 Located in Charleston, W.Va., the remnants of the state capitol building’s iconic dome are unmistakable in the game’s trailer. Officially listed as a location in the Fallout Wiki, there are several other Charleston-based landmarks that will be featured in the game. If you plan on visiting the states capitol building for real, don’t fear, it’s highly unlikely you’ll encounter any mutant creatures on the grounds. 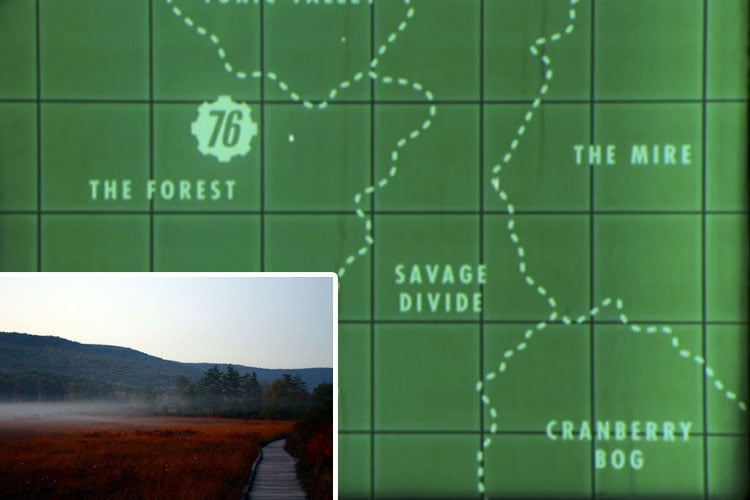 While there isn’t any visual reference to the Cranberry Glades (yet) in the game, there is a zone in the game map named the Cranberry Bog. Part of the Monongahela National Forest, the real-life location is in the Eastern/Southeastern part of the state; very similar to the location of the zone from Fallout 76. You get a brief glimpse of “Watoga Estates” in the trailer. Watoga State Park, in real life, is the largest state park in West Virginia. 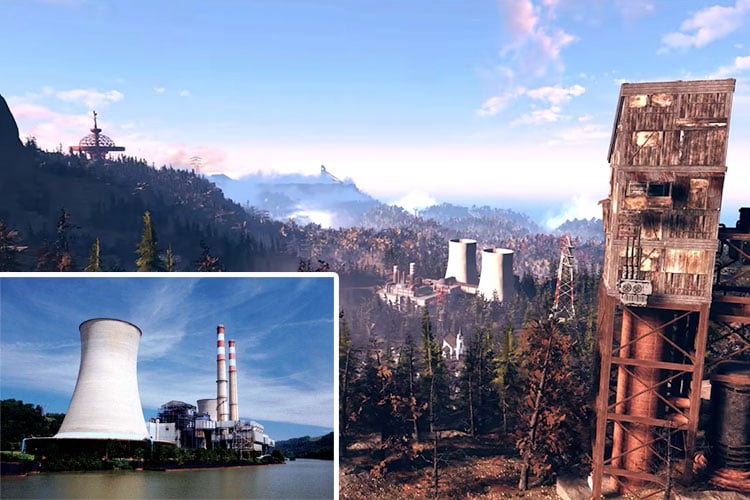 This is coal country, right? I think it’s only fitting to see a couple silos dotting the landscape of West Virginia’s mountains. The Fort Martin Plant in Maidsville, W.Va. (pictured left), bears a strikingly similar resemblance to the power plant shown in the Fallout 76 trailer.

While you may not be a gamer, or may not be a fan of the Fallout series, it’s still pretty cool to see the area we love as the landscape for one of the most anticipated games of the year. To get a more in-depth look at the thought process behind choosing West Virginia, check the official Making Of Fallout 76 Documentary.

As a gamer myself, I can’t wait for this to come out. Living in the area has me especially excited to get out and explore a Blue Ridge Wasteland.

Justin Forrest is an outdoor writer, fly fishing addict, and co-founder of Narrative North—based in Asheville, N.C. He posts pictures of cats and fishing on Instagram sometimes.