Here’s what a lot of people won’t tell you about skiing. It sucks. Snowboarding too. Sucks. Okay, skiing doesn’t suck, but learning how to ski does. It’s miserable. You spend most of your time on the ground, trying to figure out how to get up without taking your skis off. Significant bruising is common. I was about 12 when my older brother taught me how to ski. He spent an hour pushing me down in the snow until I could stand up on my own. I spent the next seven years trying to learn how to stop on North Carolina ice. I still don’t think I have it down. Somehow, though, if you can get through all of the learning curve misery, skiing and snowboarding will hook you like “Bolivian Marching Powder” in the back room of an ‘80s disco. So when my twins turned two, I bought them skis and proceeded to teach them how to ski the only way I knew how: systematic pain and suffering. And it worked, kind of, the kids progressing slowly through a mix of joy and tears over the next few years. 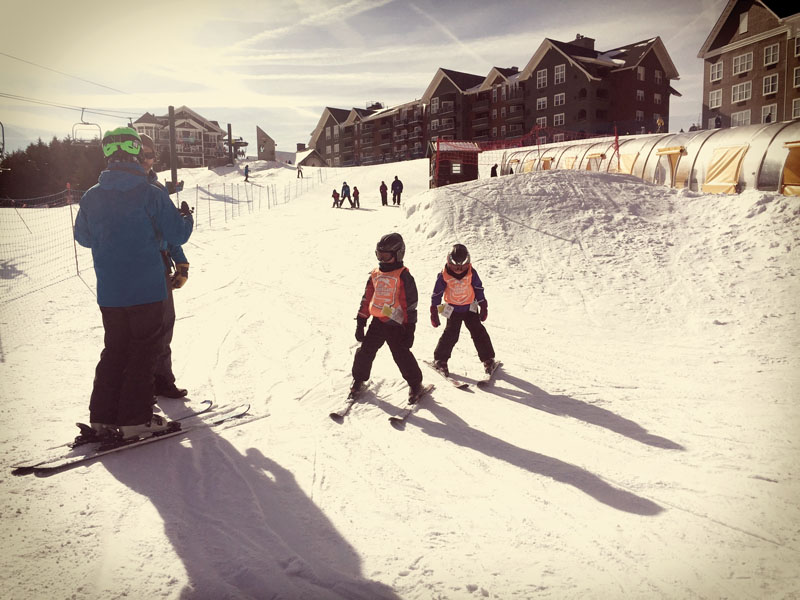 “Skiing is scary,” says Caroline Conner, who runs the ski school instructor training at Snowshoe Mountain in West Virginia. “A lot of people try it once and they don’t want to do it again. The ski industry as a whole has been talking for a long time about what we can do to make that first ski experience better.”

Enter Terrain Based Learning (TBL), a ski-school program that has redefined the beginner slope. Instead of putting new riders on a standard green slope, TBL uses mellow versions of terrain park features like half-pipes, rollers, and berms to introduce new skiers and boarders to the fundamentals of riding.

“What we’re doing with TBL is enabling skiers to have fun within their first two hours on the mountain,” says Joe Hession, who helped develop TBL four years ago when he was the general manager of Mountain Creek Resort in New Jersey. Since then, Hession has founded SNOW Operating, a firm that implements Terrain Based Learning parks and trains instructors at resorts across the country. Now, you can find comprehensive TBL programs at almost 30 resorts in the United States, including Cataloochee in North Carolina, Seven Springs in Pennsylvania, and Snowshoe Mountain in West Virginia. 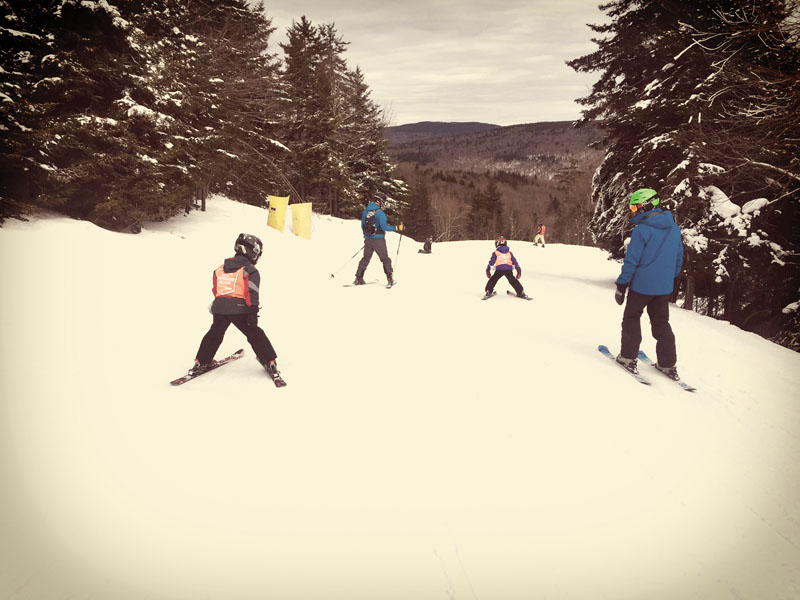 Last winter, I put my kids into Snowshoe’s TBL program hoping the instructors could do two things: 1) erase any bad habits I had imparted to my children, and 2) instill the stoke for skiing that I had yet to be able to pass on to them. My kids ski willingly, but they never ask to go skiing. This is the exact “problem” that TBL is designed to address.

“If we can take away the fear factor by shaping snow features that help control speed, we can give new skiers these fun skiing sensations and hook them early on,” says Conner with Snowshoe.

Hession says the data they’ve collected shows TBL retention rates are 30 percent higher than traditional ski schools. In other words, people who learn to ski through TBL are more likely to come back to ski again. 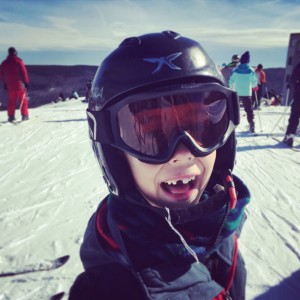 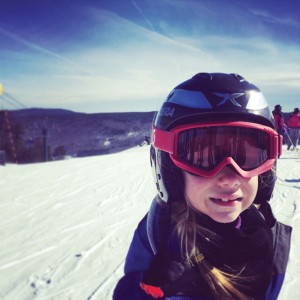 Snowshoe’s Terrain Based Learning program is situated at the top of the mountain, adjacent to the village. Kids in the program break off with instructors based on age and skill level, and immediately hit the half pipe, where they begin skiing right away, learning how to use the curve in the snow to slow themselves down. From there, they progress to a short slope with large, mellow berms that guide them down the hill. When they get the hang of that, they move onto a short lift that serves the “perfect slope,” a gentle green run where the kids can practice putting together everything they learned from the lesson.

“All of the fundamentals of skiing are still there,” Conner says. “You still work the gear the same way, you’re still learning to turn and stop. But we’ve reverse engineered the lesson, so guests can start sliding and moving firs before they learn how to stop and turn. They can start feeling the fun sensation of sliding on snow immediately. We found that doing away with just a few of those tedious tasks up front really increases the fun factor.”

I saw it firsthand with my own kids, who progressed from timid beginners to confident skiers by the end of the first day. On day two, Snowshoe’s instructor had them skiing every green and some of the blues on Snowshoe. They rode the lift with confidence, looked down the mountain instead of at their feet and cruised right past the hallmarks of stopping and turning that I had spent two years trying to teach them, and started skiing with style. We’d make our way down Snowshoe’s Powderridge, a long, winding green that runs from the top of the village to the base of the mountain, with my kids constantly looking for opportunities to duck into the woods or hit little jumps. Every couple hundred yards, one of my children would yell, “watch this!” and fly high up on a berm, or flow through a chute between the trees. Sometimes they’d eat it, but they’d always get up smiling. The stoke was there. At the end of the weekend, my son broke down crying because we couldn’t ski for longer. He didn’t understand why we didn’t live at Snowshoe.