All the toys your inner child wants for wintry fun. 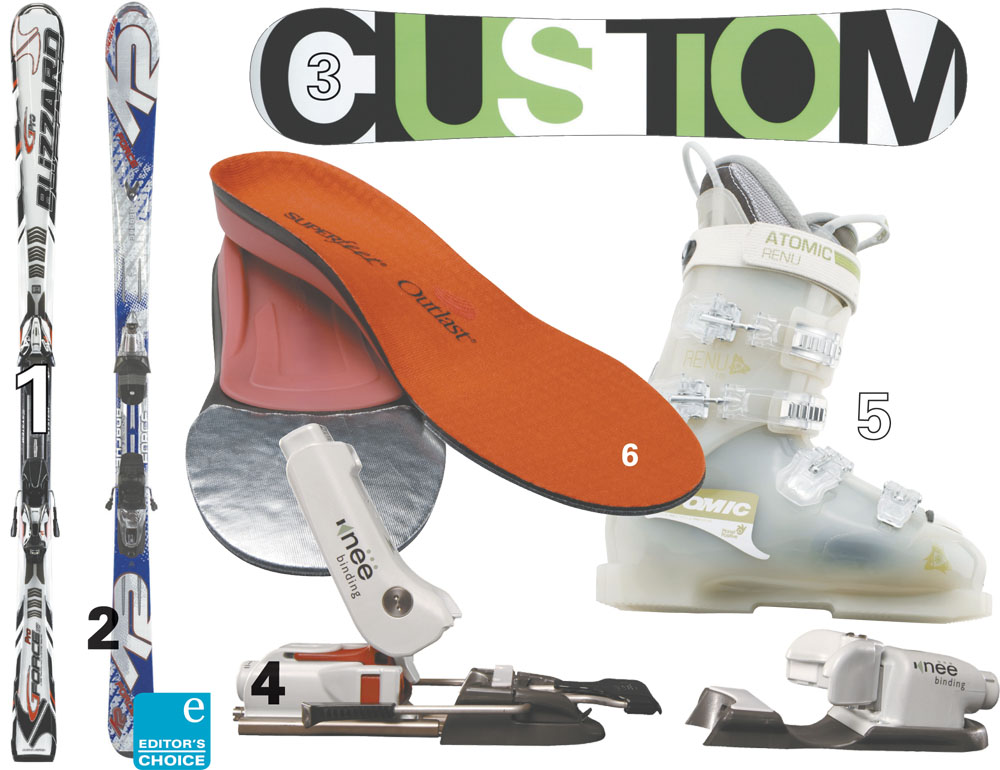 1. Blizzard G-Force Pro IQ An expert ski built for precision, the G-Force Pro uses wider-placed rails to increase the stability of this on-piste ski, along with a full wood core and a sandwich of two sheets of carbon to keep the load light under your feet. The result is a stable, predictable ski that still has a responsive, snappy feel. $925 (bindings included); blizzardsportusa.com 2. K2 Force Brand new for the upcoming season, the Force is designed for novices and incorporates a new rocker technology that slightly raises the tip and tail of the skis out of the snow for easier transitions into turns, and it reduces the chances of catching a tip on the snow. $625 (bindings included); k2skis.com

3. Burton Custom V Rocker The Custom V Rocker is an all-mountain board that places a center rocker between your feet, as well as an additional rocker outside each foot. The rocker technology creates a boat-like shape to the board, keeping the tail and tip out of the snow for a “catch free” ride. Still, the Custom V has super grippy edges for those of us who ride ice and hard-packed power. $580; burton.com

4. Knee Binding This new ski binding is designed to reduce ACL injuries-—the most common injury on the slopes. The revolutionary three- dimensional release system offers a “pure lateral” heel release if there’s excessive sideways pressure. It’s the biggest development to the ski binding since they added breaks 20 years ago. $459; kneebinding.com

5. Atomic Renu Atomic took the eco factor up a notch when building the new Renu alpine ski boot. The outer is constructed from Pebax, a plant-based plastic, while the liner is bamboo and the footbed is cork. The best part? The Renu is 13 percent lighter than your typical alpine boot. $579; atomicsnow.com

6. Superfeet REDhot A new ski-specific insert from Superfeet, the REDhot uses EVA foam that absorbs body heat, which it then releases as the foot cools, regulating the temperature inside the boot. $50; superfeet.com

Merrell NADA Jacket According to Merrell, the NADA (Not Any Dye Applied) takes 59 percent less carbon dioxide, 86 percent less water, and 63 percent fewer chemicals to manufacture than your standard ski jacket. We like the eco factor, but we also like the fact that it’s warm. $229; merrell.com