Not Your Grandpa’s Bluegrass: String Bands Messing with Tradition

Cover bands are easy to initially dismiss, but Love Canon is definitely an outfit that deserves your ears. The Virginia-based quintet consists of first-class pickers that play inventive acoustic takes on popular (mostly) 80s tunes. Resonator guitar player Jay Starling is the son of the Seldom Scene’s John Starling, and a couple of the other members, including soulful lead vocalist Jesse Harper, were part of unfortunately defunct Old School Freight Train, a band that temporarily backed and recorded with David Grisman.

The group’s latest album, Cover Story, is a guest-filled ride through familiar old favorites, interpreted not as party reboots but as thoughtful reimaginations. Songs from an era known for indulgent electric sheen get broken down and rebuilt with serious bluegrass chops. There are obscure, once-popular FM radio gems that are instantly recognizable: Howard Jones’ “Things Can Only Get Better” and Mr. Mister’s “Kyrie Eleison.” In Love Canon’s hands, the latter, once a synth-heavy anthem, becomes a pastoral country cruiser, enhanced by an appearance from Grammy-winning dobro master Jerry Douglas. The greater transformations are even more interesting. A take on Billy Joel’s “Prelude (Angry Young Man)” turns a frantic piano jam into a jazz-grass workout, and Depeche Mode’s “Enjoy the Silence” becomes a gentle chamber ballad with dramatically arranged classical strings.

Throughout the record, the band dips into its deep rolodex of musical friends, tapping quirky troubadour Keller Williams to sing lead on R.E.M.’s “Driver 8,” which features blazing solos and an extended reggae breakdown. Ace fiddler Michael Cleveland and singer Aoife O’Donovan also show up for one of the album’s best tracks, a mountain-hop version of Paul Simon’s “Graceland.” Bluegrass has always been about passing songs down the line and sharing them with friends; Love Canon is toying with that tradition in a good way. 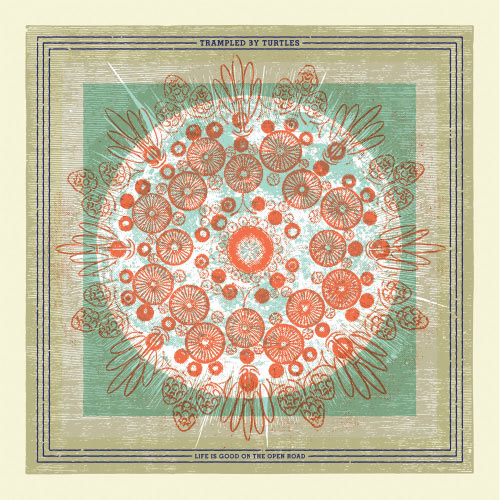 Trampled by Turtles: Life is Good on the Open Road

Coming out of its shell after a recent extended hiatus, Trampled by Turtles is back with its first studio album in four years. While armed with acoustic instruments, the six members of this crew are more about string pounding than picking, eschewing flashy solos for a hard-charging collectiveness that blends a front-porch aesthetic with punk fury. This rowdy edge, a favored element of the sextet’s energetic live shows, is alive and well on Life is Good on the Open Road.

The full-force fist-pumpers are fun, but the band also has a reflective folk side. When navigating more gentle country terrain, primary singer and songwriter Dave Simonett exhibits a knack for crafting catchy hooks and sings with an earnest ache about solitude (“We All Get Lonely”) and taking disappointment in stride (“I Went to Hollywood”). On the title track he shares, “The light inside you comes and goes, but it never really goes out.” After 15 years on the highway together, this band has more miles to cover. 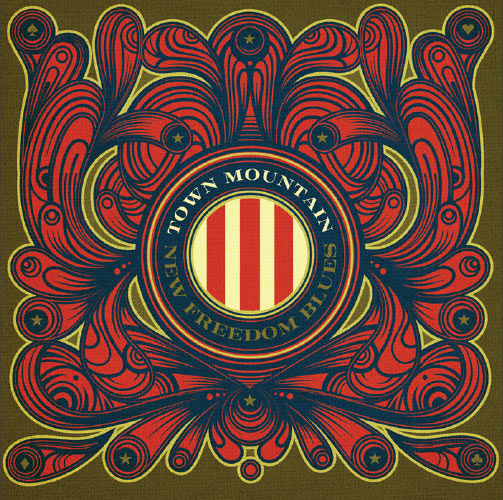 A new set of songs is also on the horizon from Town Mountain, the International Bluegrass Music Association Award-winning band from Asheville, N.C. In years past the band has been a steadfast practitioner of the high lonesome sound, and purists shouldn’t fret, because on New Freedom Blues, which will be released on October 5, much of that reverence is still intact. The band confidently delivers hard-driving straightforward bluegrass tunes, like “Tar Heal,” a fleet-fingered instrumental, and “Underdog,” which would sound right at home in a Del McCoury set. But the group has also decided to extend its roots-music reach. A swinging drum beat paces the honky-tonk shuffle “One Drop in the Bottle,” and on album closer “Down Low” special guest Tyler Childers shows up to trade verses with banjo player Jesse Langlais on a dark outlaw anthem about overindulgence that includes dirty electric guitar runs to set the mood.