Go OutsideWATCH | The Revenant and 3 Other Outdoor-themed Feature Films not to...

When it comes to major motion pictures 2015 was a great year for the outdoors. From a feel-good comedy based on the classic account of a failed Appalachian Trail thru-hike to the intense retelling of a 19th century mountain man’s near death endeavors in the wilds of Montana, the year saw the release of several big screen flicks that represent outdoor culture in one form or another. Here are four outdoor-themed feature films—either available in theaters, via streaming, or on DVD—that you should watch as soon as possible.

Combine six episodes of Survivorman, replace Les Stroud with a forlorned father played by Leonardo DiCaprio, put two savantes behind the camera, travel to pre-westward expansion Montana, then ramp up the intensity tenfold, and you’ve got the “The Revenant”.  An embellished retelling of mountain man Hugh Glass’s improbable survival story, the film is being called the grittiest Hollywood Western ever made, as much for the production process as for the actual film. While the Revenant’s plot leaves something to be desire, its aesthetics, symbolism, viscerality, and depth make it the most epic adventure to hit theaters in a year chocked full of outdoorsy flicks. 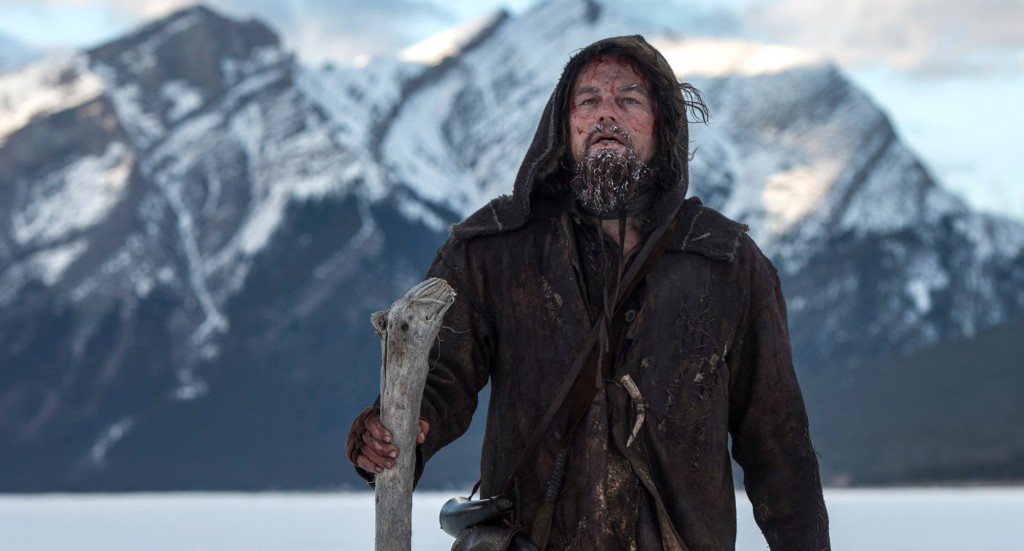 Mexican director Alejandro Innaritu drove his crew to dangerous lengths throughout a  year-long shoot. He reportedly subjected Leonardo Dicaprio to icy rivers, -30 degree temperatures, meager diets, and big bites of horse liver, despite the actors vegetarianism. Along with legendary cinematographer Emmanuel Luzbeki, Innaritu trudged the cameras deep into the Canadian and Argentinian wilderness in search of raw nature, virgin snow, and just the right kind of natural light. The resulting imagery is absolutely stunning.

The heart of the film lies in Glass’s journey, which is not so much a self-rescue but a pilgrimage. Glass does not even truly want to survive; he solely desires to avenge his beloved son’s death. Through intense suffering he realizes the futility of revenge. Love rather than wrath attributes to his survival, as visions of his deceased wife and son sustain him. Hollywood Westerns unavoidably ignite bitter historical and xenophobic debates, yet the soul of this film transcends those well-worn talking points and cuts directly into our humanity – that is a beautiful thing.

The Revenant is in theaters only at the moment, but the following three films can be enjoyed from the comfort of your couch via online streaming or DVD.

2. Meru: Legendary climber Conrad Anker has starred in several climbing documentaries, including “The Wildest Dream”, in which he searches for explorer George Mallory’s remains. Meru rises above these former films, as married couple Jimmy Chin and Elizabeth Chai Vasarhelyi tackle Anker’s obsession with the world’s most formidable peaks.

3. Everest:  So, Jon Krakeur, author of Thin Air, did not like the film. Still, the book and the movie convey the central theme that mother nature is a cruel mistress, not to be taken lightly, even when tourism bucks and major magazine coverage are on the line.

4. A Walk in the Woods: In 1998 Bill Bryson wrote a hilarious memoir of his attempts to hike the Appalachian Trail with a slovenly childhood friend. Seventeen years later Robert Redford and Nick Nolte hit the trail in one big misadventure of a film. Redford stars as Bryson and Nolte as his inept sidekick.