By the time this goes to (virtual) print, I’ll be burning-thighs deep into the hardest block of racing that I’ll do all year long.  I use the term “block” loosely, as if I’m some sort of athlete with a plan or a program.

It wasn’t intended to be this way, but it’s just the way things have fallen on the calendar for the last two years and will again for the foreseeable future.  It starts with the Pisgah Mountain Bike Adventure Race with its “no set course” format that takes racers all over the Pisgah National Forest for anywhere between 60 to 100 miles.  Two weeks later, it’s the back-to-back Pisgah 111K/55.5K, clearly some attempt to strip whatever meat might be still left on the bone from PMBAR.  Then there are only five days to recover before I hop in the car and drive nine hours to State College for the Trans-Sylvania Epic.

Like I said before, I’ve done this same thing for the past two years.  One would think it would be old hat by now, but this year’s lead up to the big month has been different.  The way the dates have fallen on the calendar, somehow a week of rest went missing.  I don’t know where it went.  I just know I desperately needed it and now it’s gone. 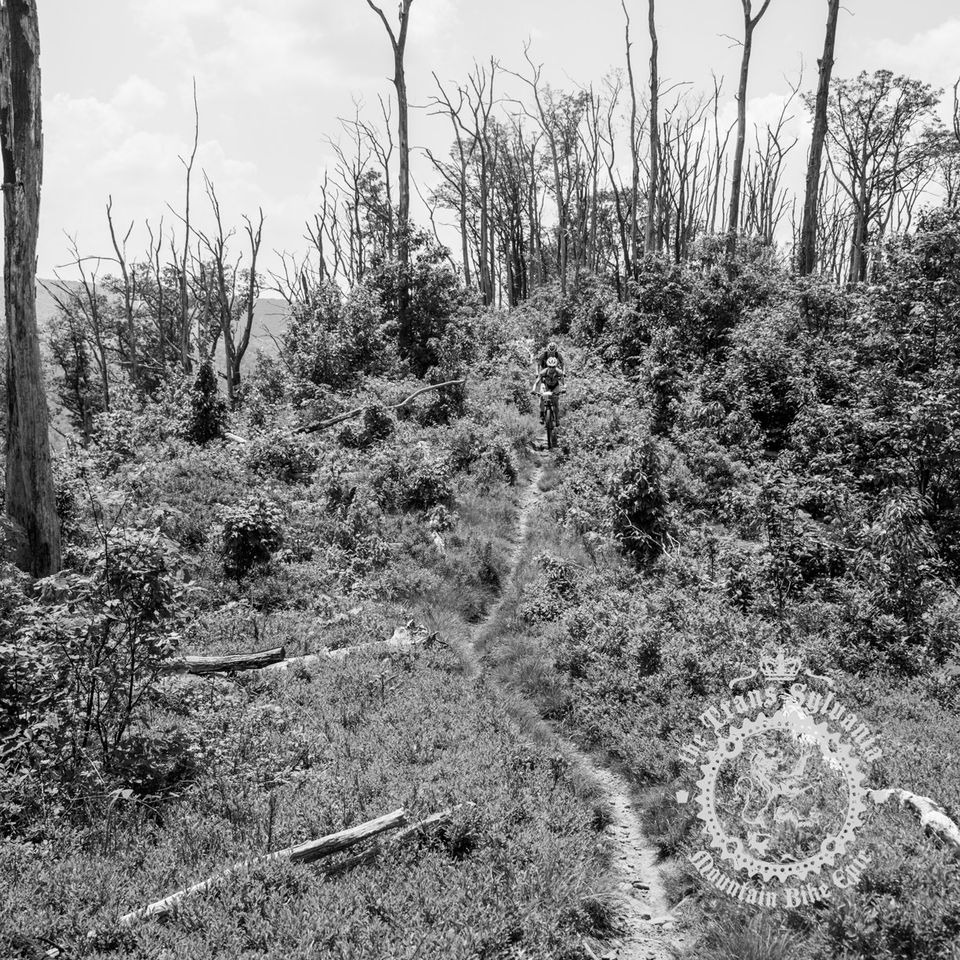 The month of March normally goes from lamb to lion for me.  Morning commutes get lengthened, beers are consumed in smaller quantities, and eating becomes less of a competition and more of a fuel for the fire kind of thing.  This year has been different due to outside circumstances that formed an easy excuse to not do any extra work to prepare for the coming “season.”  The North American Handmade Bike Show came to town, and with it, many nights of pre and post debauchery.  A week later, I was helping put on a local race that our club had been working on for months.  Too much fun to miss, I couldn’t imagine taking three steps forward just to end up two steps back.  I elected to stand firmly in place until April, at which time I could lie to myself regarding the uphill battle I was about to fight.

“Plenty of time to whip this heap into condition.  Yeah… plenty.” 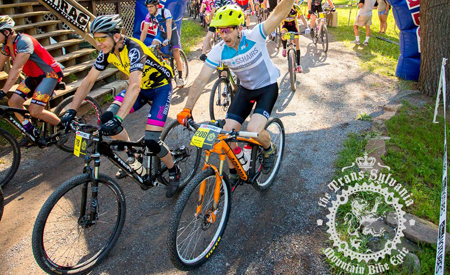 Regardless of the fact that I’ll probably have the athletic abilities of two bags of shit by the end of the month, I’m still stupid excited about the Trans-Sylvania Epic.  After attending four years in a row, you’d think that I’d be over it by now.  Still, I know that when I’m driving home with bleary eyes and trembling legs at the end of this month, I’ll already be thinking about next year.  I can’t wrap my head around the idea of this being some kind of bucket list race in the same way a child thinks summer camp is just something they’ll do every year… until they are their parents age… which will never happen. 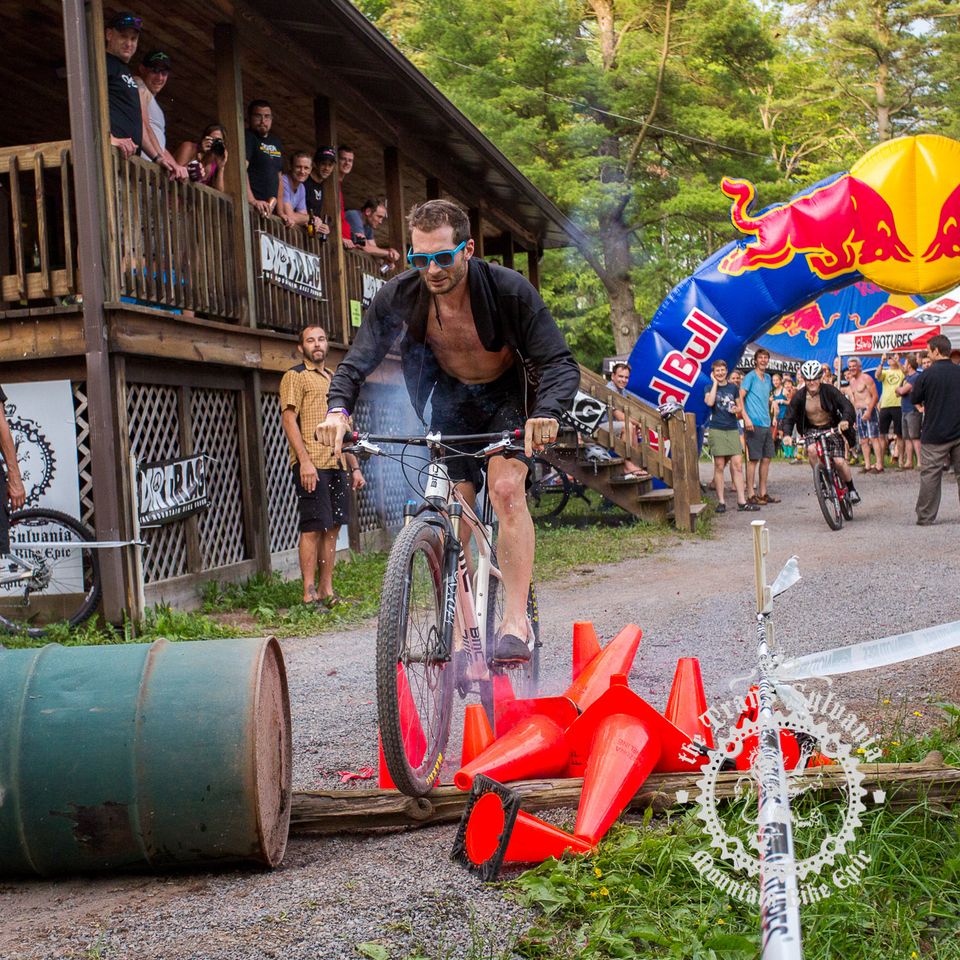 It’s time to go over the bike once, twice, and probably a third time.  It’s also probably a good idea to grab a spare anything I might have lying around; tires, brake pads, water bottles, tubes, and mustard packs.  If I don’t have a spare of something, I better go out and get one, maybe two.   Soon enough, it will be time to put body and equipment to the test, to face pile after pile of oh-so familiar rocks, and to catch up with old friends and make some that are new.  Like death, taxes, and another Rolling Stone reunion tour, good times at the Trans-Sylvania Epic are coming whether I’m ready or not.

I am excite in human form. 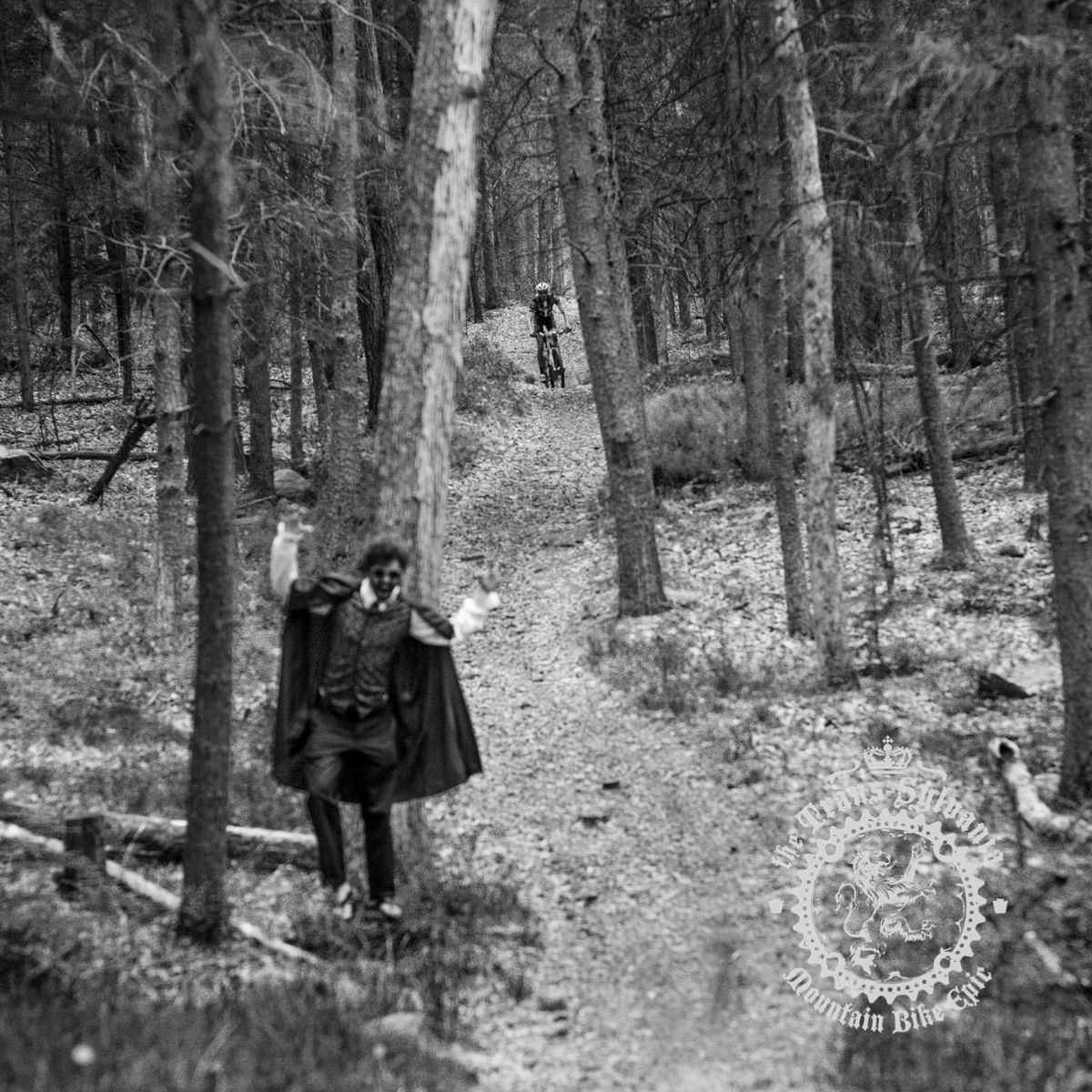