Jayne Fought, a soft-spoken, tough-natured and empowered woman, is a born adventurer. She’s paddled in the swamps of the Everglades, explored remote rivers of the Northwest Territories and the Yukon, navigated all 220 miles of the French Broad River and led backpacking and hiking trips all across the United States.

But her affinity for nature spawned long before she even set foot on a trail. Fought grew up on her family’s dairy farm in Northern Indiana. She was the youngest of three and had two older brothers, Marty and Dan, that she was always trying to keep up with. Together they spent a lot of time exploring in the woods near her house.

“I was a total tomboy and was outdoors all the time, said Fought. “I grew up with a love for nature.”

After graduating high school, Fought immediately got married and had two children, Samantha and Ben. It wasn’t until many years later that she began pursuing her college degree at Goshen College, a small liberal arts university in Goshen, Indiana.

“I was a first generation college student and my daughter started kindergarten the same day I started college,” said Fought. “We have a first day of school picture with all of us together.”

In 1999, she graduated from Goshen College with a degree in sociology and anthropology and a certificate to teach United States history. Promptly after graduation she began teaching middle schoolers while pursuing her master’s degree.

“I was teaching full time, raising two kids and getting my master’s,” said Fought. “It was a lot.”

In 2003 she graduated from Indiana University with her master’s degree in secondary education. She continued to teach U.S. history to middle schoolers for 15 years until she retired in June 2014.

“You know, I tried a couple times to transfer to the high school and I always got passed over for the male history teacher that coached football,” said Fought. “I think there was a buildup of some of that frustration, but teaching is a high-stress job. There’s so much demand other than working with kids and teaching kids; so much that takes away from time in the classroom.”

Fought also explained that in 2009 her mom passed away from cancer. Because she was now the matriarch of the family, Fought said that this prompted her to take a critical look at who she was, where she was in life and where she wanted to be. Just a year before she retired from teaching, she divorced her husband and began looking for a new place to live.

“I really wanted to combine my love for outdoors and education,” said Fought. “And that’s how I found Brevard, NC.” 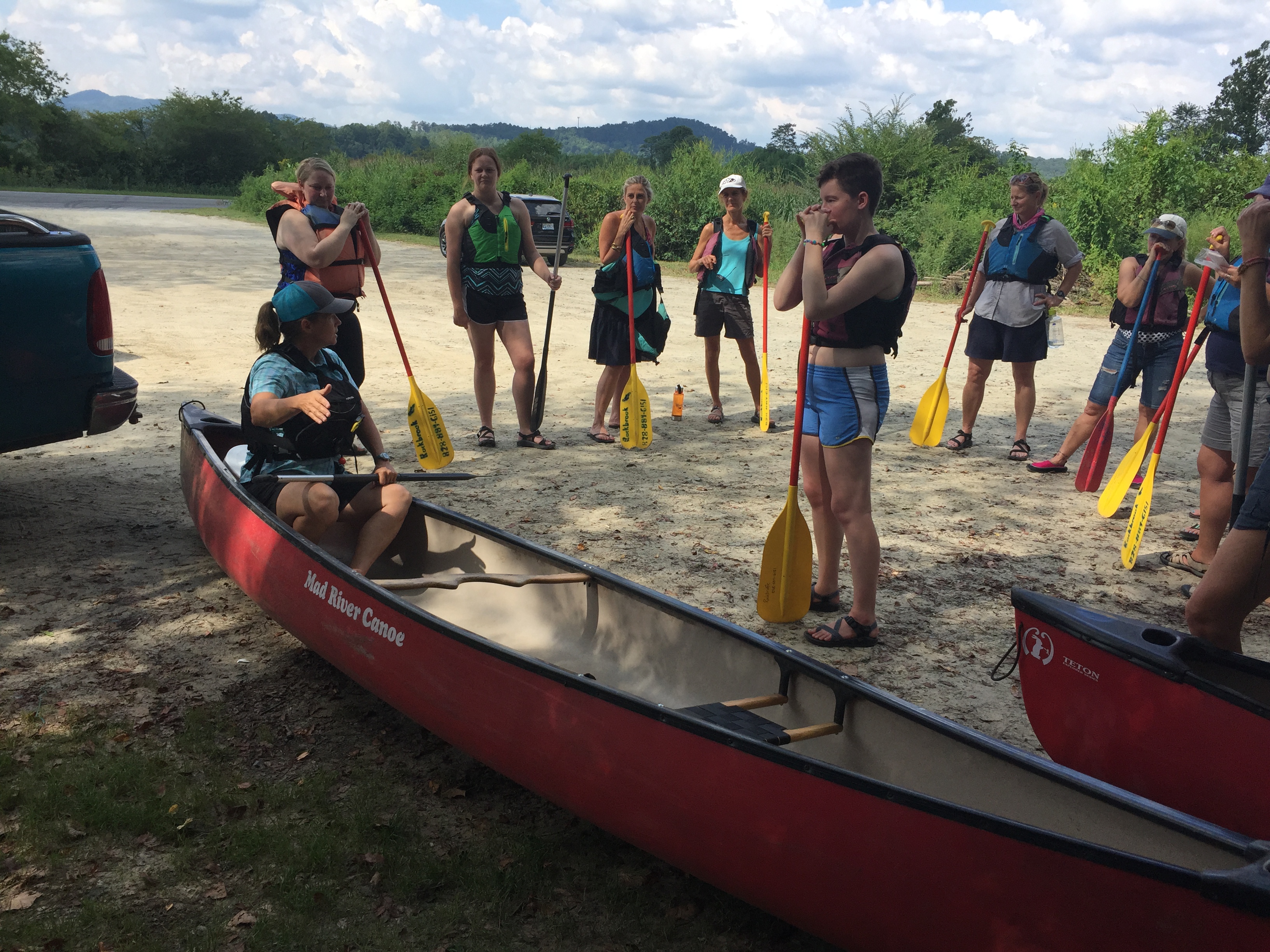 Fought moved to Brevard immediately after her retirement in June 2014 and began instructing at the Rockbrook Camp for Girls in 2015. At the camp, Fought teaches young girls how to backpack and zipline, and even takes them on the occasional overnight trip.

But what Fought really enjoys doing is teaching her women’s backpacking class. Before moving to Brevard, she connected with Clyde Carter, a knot tying extraordinaire and associate professor of Wilderness Leadership and Experiential Education at Brevard College. Fought conversed with Carter about his wilderness and backpacking courses at the college through email, considering the possibility of teaching her own women’s backpacking class when she moved to Brevard.

“I asked him what certifications I’d need and all that,” said Fought. “I think he responded to my first email, but wasn’t able to respond to the second because he was gone on an expedition.” 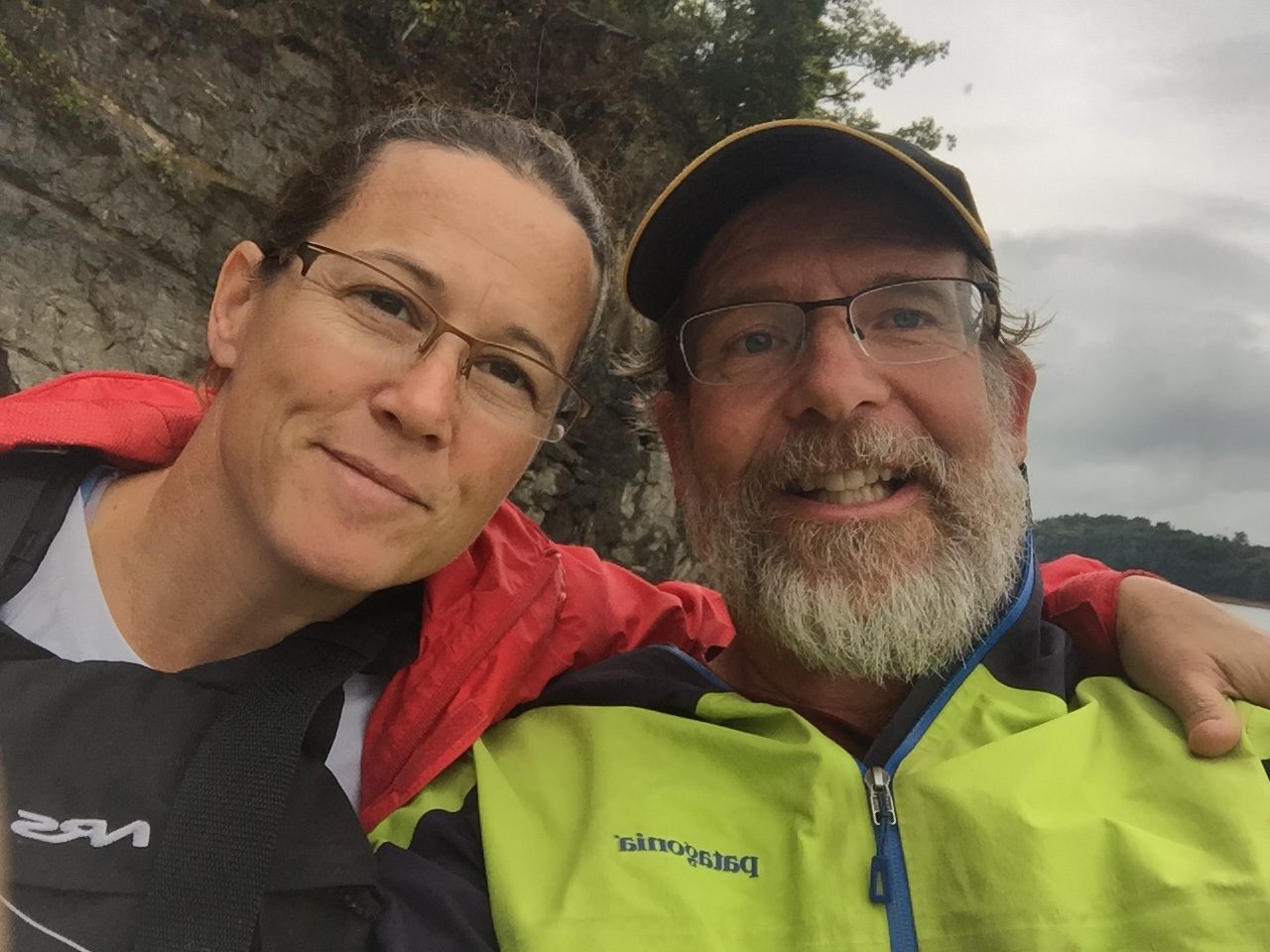 The two eventually reconnected almost year after Fought moved to Brevard while volunteering at a race for the nonprofit Mountain Roots. Still determined to start teaching a women’s backpacking class, Fought spoke to Carter again about his work at Brevard College. Long story short, Fought is now getting ready to teach her third women’s backpacking class and the two adventurous spirits are happily married.

Fought’s class is available for women of all ages and fitness levels. During the class, women learn how to plan a backpacking trip, learn what equipment they’ll need, how to select a base camp, nutrition and campsite cooking, map reading and outdoor ethics.

In an age where we are constantly bombarded by the media, Fought said that she hopes to empower women and help them connect with nature by teaching them the skills they need to feel confident outdoors.

“I think women are given so many mixed messages and there is so much expected of them from different angles,” said Fought. “It’s just impossible to be everything.”

Laura Rhodes, a 36-year old woman and general manager of Brevard-based adventure store D.D. Bullwinkel’s attended one of Fought’s backpacking classes and said she now feels confident enough to hike by herself at least once a week.

“Before I had done a lot of hiking with family and friends, but this class really pushed me to the next level and allowed me to become 100 percent confident in hiking by myself,” Rhodes said.

Fought’s backpacking class is set up over a four week period with class residing one night each week at the French Broad Community Center in Brevard, NC. At the end of the course, the women have the option to take a weekend trip with Fought to put their knowledge to the test and have a little fun, of course. 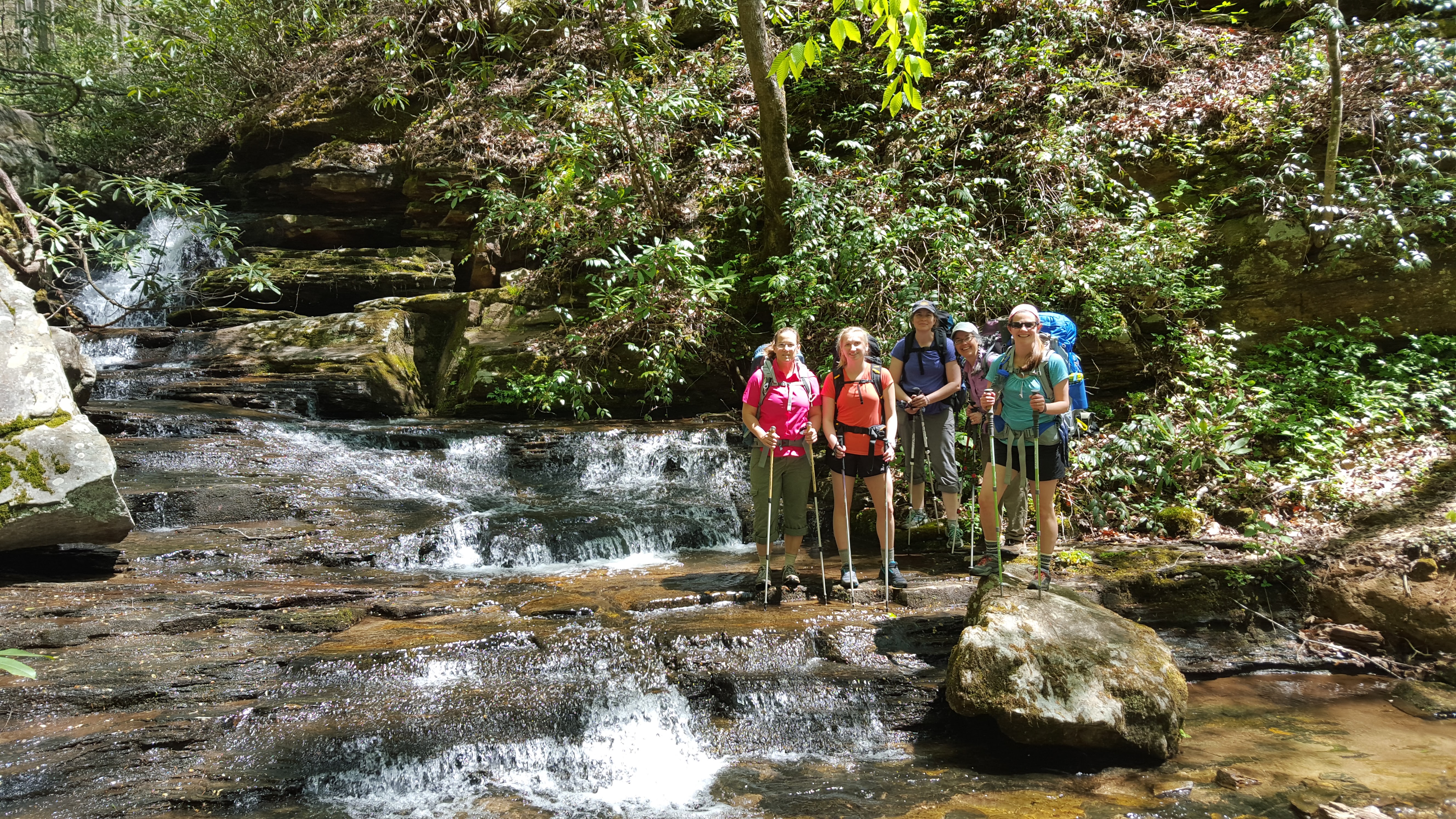 “We don’t need to wait on the guys to take us,” said Fought with a chuckle.