Additional Land to be Added to Nantahala National Forest in WNC

A pristine tract of land that has been the subject of a hotly contested debate for decades will soon be added to the 500,000-acre Nantahala National Forest of western North Carolina.

The 50-acre Fires Creek parcel, which sits on the border of Cherokee and Clay Counties in the heart of the Nantahala National Forest, has long been prized for its wildernesslike nature and outstanding water quality.

The parcel was one of the few inholdings left when the Nantahala was established in the early 1900s. An inholding is a piece of land within a national forest that remained in private hands even after the forest was initially protected. 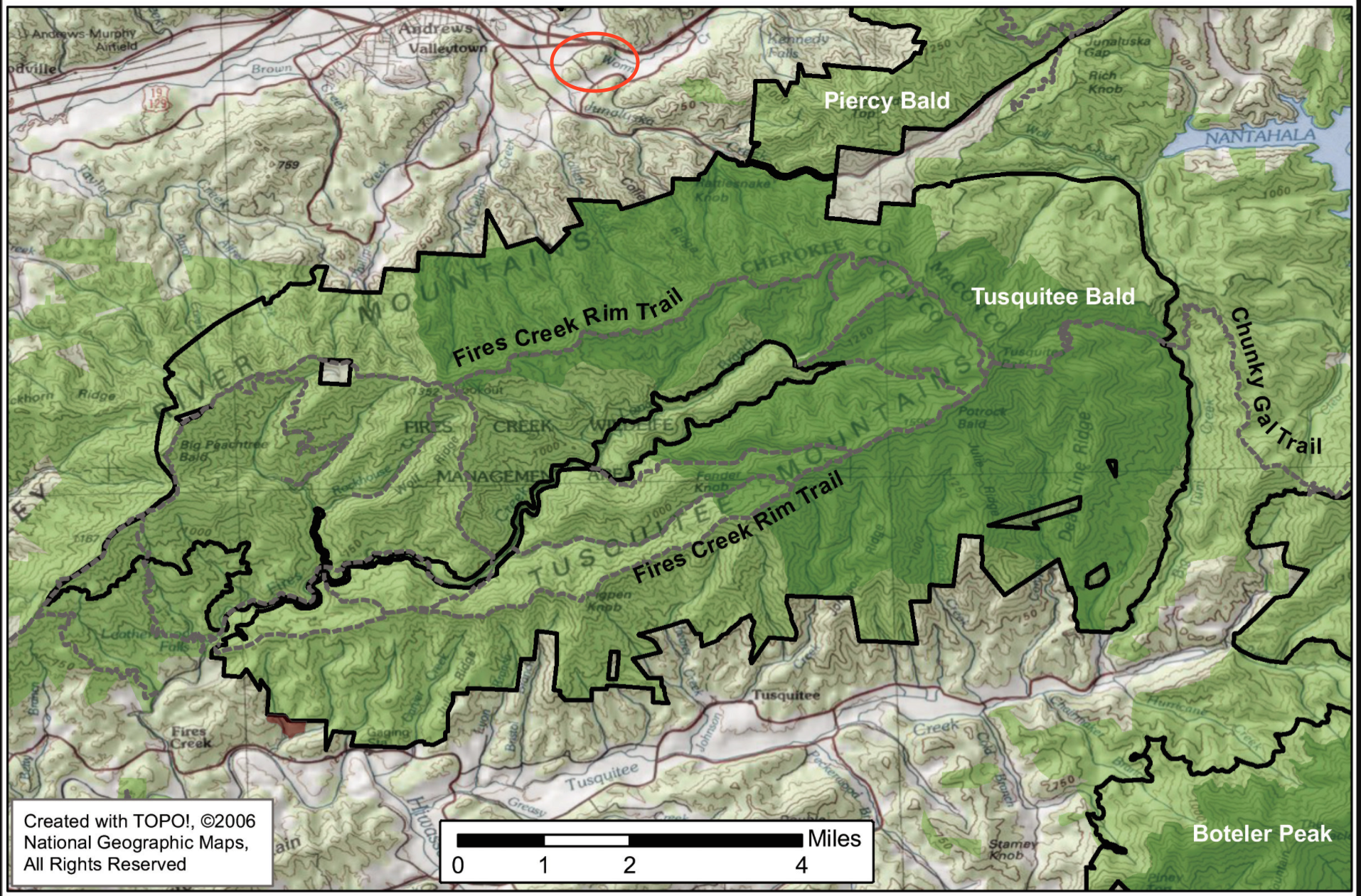 In 2006, the absentee owners of the Fires Creek parcel, which will soon provide public trout fishing, hiking and other recreational opportunities, sold the land to four locals in the area. According to the Asheville Citizen Times, these locals had dreams of building remote cabins on the property and ultimately turning it into a personal grouse hunting getaway.

But access to the remote parcel became a major issue when a proposed road threatened the water quality of the highly sensitive Fires Creek creating a maelstrom of opposition from locals and environmental groups alike.

“Most of us grew up in this area, and as little kids we dreamed of owning the only private property in Fires Creek,” Michael Anderson, owner of Lot 3 of the Fires Creek property, said in a statement provided to the Citizen Times.

“Our intent was to have a place to grouse hunt and make memories with our families. The parcel was privately owned long before the Forest Service obtained the land around it and could have been sold to anyone. We never wanted that property to be anything but a place for us to get away.”

Though the Forest Service did grant the special use permit necessary for the construction of the access road in 2013, the project never came to fruition, and on November 20, 2017, the group of four Fires Creek landowners decided to sell the property to the nonprofit Mainspring Conservation Trust.

The sale ensures that the 50-acre piece of property will remain in its natural state. It will also return a popular hiking trail known as the Fires Creek Rim Trail, a 26-mile loop trail, to its original route. This trail was rerouted off of the rim of Fires Creek by the Forest Service in 2013 when the special use permit needed for the proposed access road was granted.