Go OutsideBack in the day

Back in the day 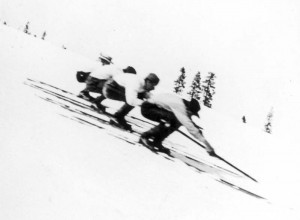 In January, the Ski Club of Washington D.C. will celebrate its 75th anniversary. Since 1936, the club has been organizing ski trips both near and far. Members of the SCDC are credited with founding skiing in the Canaan Valley of West Virginia. A couple of pilots noticed powder stashes in the valley during flights, prompting some exploratory trips in 1951. The club developed the Driftland Ski Area, a hill owned by a farmer that had a bowl that held snow often during the winter. Check out this awesome vintage video that details skiing at Driftland, and off-season trail maintenance with dynamite.