Voters spilled in long lines from the Berglund Center, huddling in heavy coats and small groups to keep warm in the sub-20 degree temperatures as they waited upwards of two hours to cast a ballot.

Roanoke city councilmen Sherman Lea and David Trinkle stalked the sidewalk and parking lots out front, engaging in the purest form of bare-knuckle politics as they sought to persuade the men and women trudging to the poll that they should be Roanoke’s next mayor.

This Feb. 13 election—a Democratic Party primary held at a single, central polling place—could well decide the next 20 years of politics in Roanoke. It marks a pivotal moment for the mid-sized, Blue Ridge city that is nipping at Asheville’s heels to become a similarly hip destination for young professionals—think millennials and younger—in search of proximity to outdoor recreation, locally made food and craft alcohol, and a decent place to raise a family.

Roanoke has struggled to transition from an economy driven by a handful of big, stable employers to a diverse, multifaceted system in which businesses must constantly reinvent themselves and quality of life—read: outdoor amenities—is a crucial part of attracting new businesses.

Like those modern businesses, cities must frequently reinvent as well, making the retirement of longtime Roanoke politico David Bowers as a moment of generational change in the Star City.

Roanoke has been transformed by an economic upheaval that has affected communities throughout Appalachia and indeed the country. Longtime employers whom people had depended on lifelong jobs for generations—furniture makers, textile manufacturers, the coal industry and, in Roanoke, the railroad—began to dwindle through layoffs and, in the case of the factories, outsourcing to other countries. 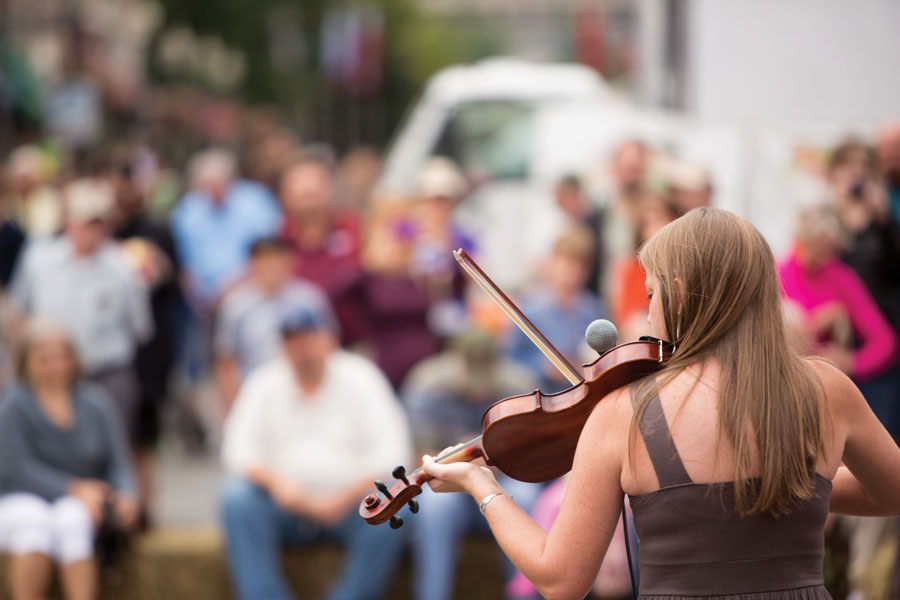 Since then, Roanoke has focused on developing an identity as an outdoor city. In 2010, the regional economic development partnership launched Roanoke Outside, an initiative based on attracting and retaining companies by focusing on quality of life and recreational amenities.

The city council signed off on the construction of multiple greenways, including an 11-mile stretch along the river built as part of a federal flood reduction project. It placed conservation easements on Mill Mountain, home to the city’s 88-foot neon star, and Carvin’s Cove Natural Reserve, a municipal park threaded with multiple trail systems for mountain biking and hiking.

The Blue Ridge Marathon, branded as “America’s Toughest Road Marathon” and the GO Outside Festival launched. Private-sector companies founded on the outdoors grew, too: New outdoor retailers took root, along with a new climbing gym and gear consignment shops.

Now, Roanoke has started using the outdoors as a means to attract economic development—and growing numbers of young professionals. Conveniently, a new neighborhood in one of the oldest parts of town sprung up to meet them.

Private developers leveraged historic tax credits to rehab the vacant warehouses and office buildings that littered downtown, turning them into trendy one-bedroom apartments and creating a new neighborhood overnight. Downtown’s population grew from fewer than 50 people in 2000 to more than 1,700 in 2015.

All this activity has given Roanoke a new sense of self. When Deschutes Brewery of Bend, Oregon, started scouting the Mid-Atlantic for an East Coast facility, the #Deschutes2Rke social media campaign quickly sprang up, engaging individuals and businesses who created an online movement that captured the attention of both brewery officials and observers in Asheville, a prime competitor.

It worked: In late March, Deschutes announced it would build in Roanoke. The announcement capped off a week that also saw the expansion of a research partnership between Carilion Clinic and Virginia Tech, as well as the arrival of an Italian auto parts manufacturer just north of the city.

The #Deschutes2Rke campaign may prove to be a defining moment for Roanoke, arriving at the same time as the loss of hundreds of jobs in the 2015 closure of the railroad’s administrative offices, which have operated in one form or another since the 1880s.

The region’s unemployment rate stands at a low 3.8 percent, yet that number masks an economic divide between the city’s different neighborhoods, which vary greatly by income and ethnic make-up.

In 2016, Roanoke remains racially segregated. White flight resulted in the rapid growth of Roanoke County suburbs that surround the city. About 29 percent of Roanoke’s residents are black, according to the U.S. Census, versus 13 percent in Asheville and 17 percent in Knoxville. One year after Black Lives Matter emerged as a political force, Roanokers are debating not just how to transition their economy, but how to ensure that all residents are given opportunities to succeed. 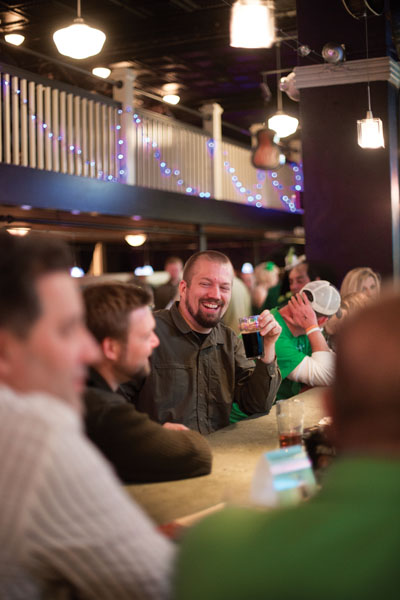 That’s why the election to determine Roanoke’s next mayor matters so much.

Lea and Trinkle have formed the solid backbone of the city council. Both have been twice re-elected, with Lea’s 12 years on council edging out Trinkle’s 10. They’re both Democrats but come at politics from different angles.

When I covered city politics for The Roanoke Times, we called Lea the “Shermanator” in the newsroom. He shot from the hip when answering questions, giving thoughtful responses off the top of his head. A black pastor and retired state corrections official, Lea views athletics as a way to transcend differences. He organized an annual college football game between black colleges in Roanoke, and more recently set up a youth basketball league in which mostly black, inner-city youth play with and against police officers.

Trinkle—a psychiatrist, faculty member at the Virginia Tech Carilion School of Medicine, and the owner of two mainstay restaurants—is more considered and calculated. His South Roanoke family roots count for a lot among city gentry, but he’s also stood for trying to make Roanoke cool since his first campaign, when he ran on replacing Victory Stadium with a state-of-the-art concert venue by the river. He talks a lot about “vibe.”

Trinkle ran a digital get-out-the-vote campaign, pinging supporters via social media and texting to come vote for him. Lea’s campaign ran a more traditional operation, flushing out voters and bringing them to the election with a circuit of vans and buses.

Lea edged out Trinkle by 134 votes, out of 3,027 cast. Trinkle remains in city politics, as he’s in the middle of a four-year term as a councilman.

Lea’s victory propels him into the general election with a near-guarantee of victory (Republicans did not place a candidate on the ballot). He will become Roanoke’s second black mayor. The first, Noel C. Taylor, first won election in 1975 and served until 1992, facing only a single challenger during nearly two decades in office.

While the momentum built by the development of regional campaigns and private sector businesses in the last 10 years doesn’t hinge on the mayor, Roanoke’s May election marks the beginning of a new future for a reinvented mountain town.