MagazineFebruary 2018Save the Red Wolves: Move Them to Shenandoah and Cull the Coyotes

Save the Red Wolves: Move Them to Shenandoah and Cull the Coyotes

Gunshot mortality has been the primary cause of the most recent decline of the endangered red wolf. The U.S. Fish & Wildlife Service has issued permits to landowners to kill red wolves on their property. 30 out of 65 recent red wolf deaths in the wild have been by gunshot, including breeding females preparing to give birth.

Red wolf politics are intertwined irrevocably with coyote politics. Coyotes are literally everywhere, from Alaska to Central America, while the red wolf is virtually extinct. It is legal to shoot coyotes, but because red wolves are often mistaken for coyotes and shot to death, this right was taken away in the red wolf recovery area. A small number of hunters and ranchers got mad, and they pressured the North Carolina Wildlife Resources Commission to request that the red wolf be exterminated from the wild altogether. They have essentially ended the red wolf recovery program in eastern North Carolina.

Late last year, the U.S. Fish & Wildlife Service announced a proposal to dramatically scale back support for the wolf in the wild. Red wolf habitat has been reduced to a tiny area that can only support a single pack of wolves. Remaining wolves would be captured and placed in permanent confinement.

But conservationists and red wolf supporters are fighting back. The Southern Environmental Law Center filed an injunction, and a judge recently issued a temporary restraining order against the Fish & Wildlife Service proposal.

Red wolves can displace coyotes if given enough habitat. Large predators like wolves are keystone species that help keep natural systems functioning and healthy. They pose no danger to people. In the four decades of the red wolf reintroduction program, no human being has ever been threatened by a red wolf.

The current recovery area on the Albemarle Peninsula is shockingly and obscenely inadequate. The area is small, mostly private land, and honeycombed with roads. 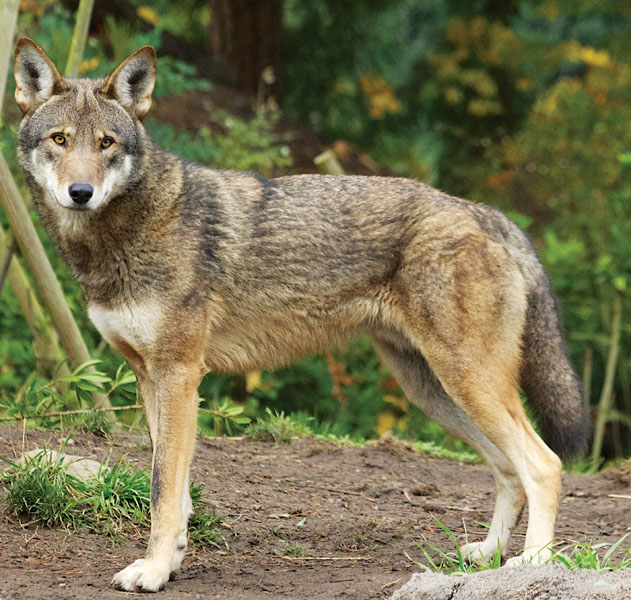 Shenandoah National Park would be a dramatically better location for the recovery area. It is a massive, unbroken, almost roadless land, where hunting is illegal altogether. The U.S. Fish & Wildlife is mandated to find additional recovery sites for the red wolf, and Shenandoah would be the ideal location.

Of course, establishing the park as an additional or alternate recovery area would be politically divisive. So another option would be to dramatically thin out the coyote population in eastern North Carolina. Red wolves will typically not breed with coyotes when they have a critical mass of around 150 or more. Once there are adequate numbers of large male red wolves, female wolves will not mate with coyotes.

By thinning out the coyote population in eastern North Carolina, hunters could participate in an important conservation effort and play a pivotal role in protecting the red wolf. Once coyote populations are thinned, red wolves can be re-established in much greater numbers without the concern of coyote hybridization. If red wolves have an ample population size of 150 or more, they will hold their territory against future coyote migrations.

It’s both a scientifically sound and politically feasible strategy.

I am not an avid hunter myself. I have been almost completely vegan for 20 years. But I recognize that the hunting community can be an important ally and play a powerful role in protecting the red wolf. By reducing the coyotes in the red wolf recovery area, hunters can give red wolves a chance to establish a robust, thriving population.

The wolf has proven that it can thrive in the wild if given enough space and time.  Let’s give the red wolf a fighting chance.