Go OutsideSilverback | The Beasts of the Green River Games

Silverback | The Beasts of the Green River Games

Clouds lingered low in the trees from the previous night’s storm, casting a gray, almost ominous hue on the thick forest enveloping Wilderness Cove Tubing and Campground, the staging area for the third annual Green River Games. Piles of boats lay scattered beside the shuttle bus. Bikes were arranged side by side, their handlebars touching, food and water and shoes shoved underneath the pedals. Racers taped ankles, forced breakfast, stretched.

“For the most part, I try not to think about how much I have ahead of me,” said Erin Savage, three-time women’s Silverback Champion. “What I always tell myself is: the faster I get done, the sooner I can have a beer.” 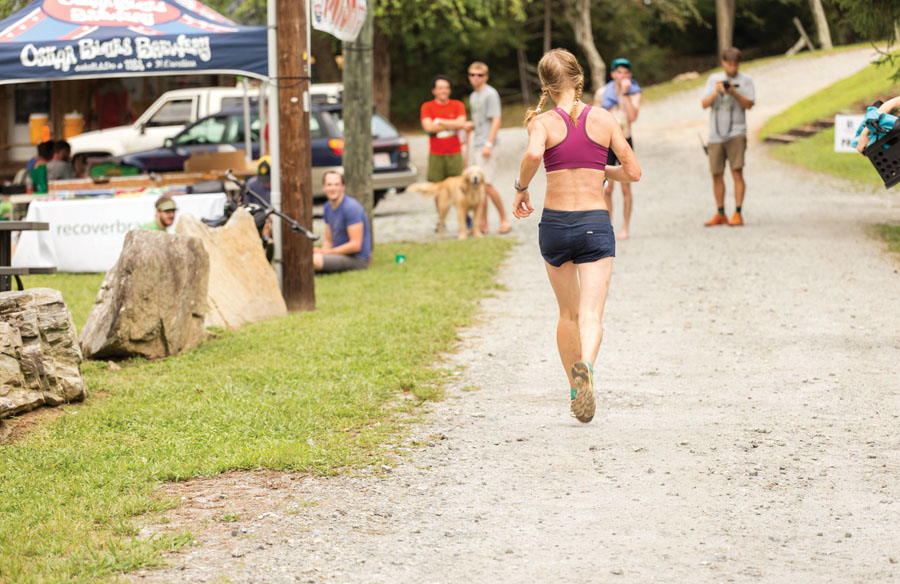 The Silverback is the apex of adventure in western North Carolina. Competitors kayak 8.2 miles of class III-V whitewater, mountain bike 8.3 miles of rugged singletrack, and then run those same 8.3 miles of trail.

Jack Ditty, two-time men’s Silverback Champion, was first out of the water. Flushed in the face from paddling non-stop for eight miles, Ditty handed off his boat and jogged to where the bikes stood waiting, shedding wet gear as he went. No sooner had he landed, he was off again, seated high in the saddle of his Specialized bike, determination in his eyes, an 8.3-mile loop of rugged singletrack ahead of him.

At 3:59:36, Ditty crossed the finish line. His already-slight frame seemed slighter, beat down from continuous hours of physical exertion. He pumped his fist once, but didn’t stop to soak in his success. He kept walking, past the bikes now sprawled across the grounds, past rows of Green Boats and Stingers sunning on the bank, until he reached the river, and submerged himself. It was as if he had completed the cycle, from river to trail back to river again, and as he sat in the Green River’s muddied waters, he seemed not proud or pompous, but peaceful.

“I’ve never really figured out what motivates me to race,” Ditty said later of the Silverback. “I wish I did.”

HOW IT ALL STARTED

“In 2009 I was running, literally, my shuttle and decided to veer off the main path and explore some of the other unmarked intersections. The trails were a mess, deadfall everywhere. I got lost for three hours, ran out of water, and was eaten by bugs. While I didn’t really think about organizing an event that day, I did realize there was a great recreational resource that, with a little love, could be great. A year later the idea of the Silverback was hatched.”
—John Grace, race director

Q+A WITH THE 2015 SILVERBACK WINNERS

This year’s Silverback race was one for the books. Both Jack Ditty and Erin Savage, three-time Silverbackers, not only took the gorilla home but also walked away with new course records under their belts (Ditty: 3:59:36  / Savage: 4:37:02). Here’s what they have to say on what it takes to secure the glory of the Green. 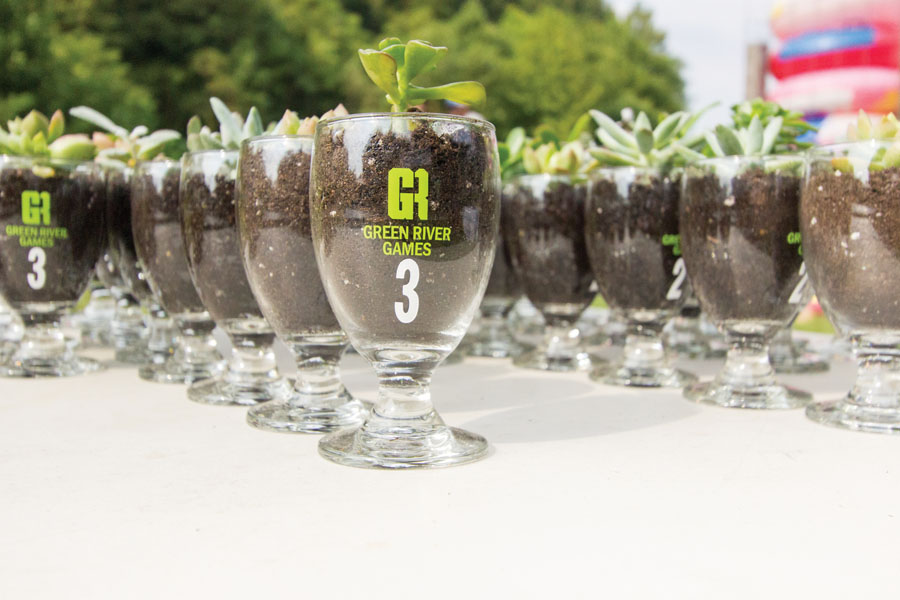 How did you prepare to tackle the Silverback?

JD: The preparation occurs every day. Every time I’m out for a run, or on my bike, or out paddling, I’m training for this race.

ES: I just try to get out as much as I can. I don’t have a really strict training schedule.

Any apprehensions on race morning?

JD: Always when paddling through the Narrows, there’s some degree of unpredictability to that. You just want to get that behind you.

ES: The kayaking always makes me a little bit nervous not because it’s actually all that hard, but if something unexpected happens in the kayak, it’s a little harder to recover. If you fall off of your mountain bike, you just stand back up and keep going. But if you pin your boat or swim or break your paddle, what do you do then? 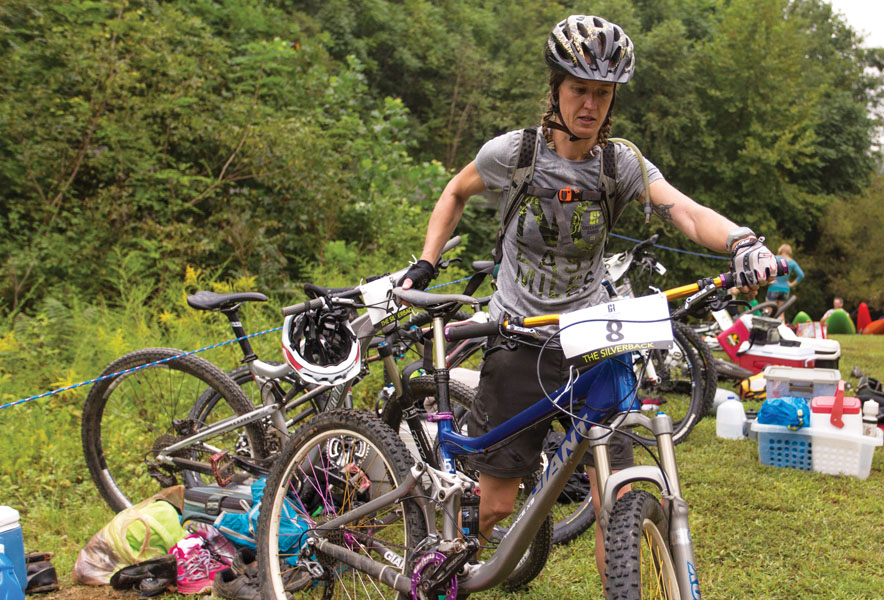 What was your game plan for the race?

JD: You have to be the fastest person on the slowest sections of the course, meaning, you have to be able to bike uphill quickly, paddle flatwater quickly, and keep a good pace when everyone is at their slowest point.

JD: Definitely during the run, especially late into it when you get to a few steep sections, it’s hard to continue to push up those hills. When you get to that point and you’re just exhausted and you’re going uphill trying to keep your breathing under control and your heart rate under control, if you get outside a comfortable zone, you end up having trouble recovering from that.

ES: It was a little tough getting out of your kayak and onto your bike. I get muscle cramps in my arms because you go from paddling somewhat hard to just holding your handlebars. That transition is a little rough for me for the first couple of miles.