Go OutsideWNC Bigfoot Sighting May Have Just Been Minnesota Shaman in Squirell Skin...

Earlier this week, the internet was abuzz with pithy, traffic-grabbing headlines about a supposed Bigfoot sighting in the woods of McDowell County in Western North Carolina.

The sighting was attributed to a roving band of Sasquatch hunters that call themselves “Bigfoot 911” and administer a Facebook page of the same name with well over 1,000 followers. But yesterday, a new character was introduced to the North Carolina Bigfoot Saga. 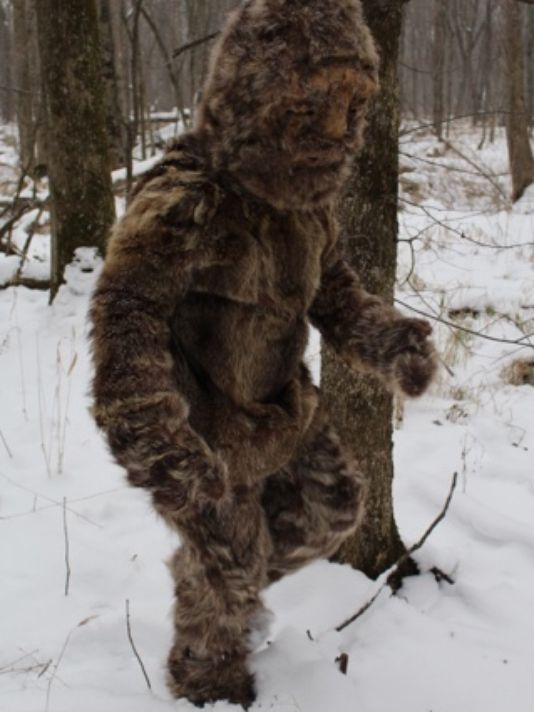 Enter Gawain MacGregor, pictured above. He’s a shaman from Minnesotta who, like the devotees of Bigfoot 911, is all in on the existence of the mythic ape. But instead of searching for Sasquatch with glow sticks, when this guy get the Bigfoot itch he just dresses up like the legendary primate and wanders around in the woods.

MacGregor says that’s precisely what he was doing when he startled a group of people in the woods of McDowell County last Friday night.

“That night not too long after I started wandering I ran into a couple of people little ways away. I was not in a very heavily trafficked area so I was surprised to see them and they were surprised to see me. So I just turned around and left,” MacGregor told local media, which has been covering the story extensively. “What was I supposed to say to them?” he added.

MacGregor says that his belief in Bigfoot stems from his deep seeded Christian faith. 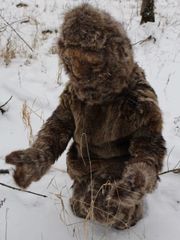 “I’ve always been a Christian – I went to church on Sunday. I went to Bible study on Wednesday,” MacGregor said. “In Bible study, you comb over the finer details of the Bible, specifically the Old Testament. People often say the Bible isn’t just for spiritual teaching; it’s also for historical teaching. I was drawn to the stories about the kings of Babylon and the Philistines and the gods they worshiped.”

That’s what led him to the Epic of Gilgamesh which features a beast-like character named Enkidu that MacGregor believes is the ancient ancestor of today’s modern Bigfoot.

No word yet on any official response from Bigfoot 911.