One evening this summer, as Denice Reese and her husband, John Warner, sat chatting with some guests around a fire outside their home, the sinking sun set the rippling waters of the Dry Fork aflame.

In the 30 years that Reese and Warner have lived in their art-bespangled, book-cluttered home hugging the riverbank a few miles upstream of Hendricks, West Virginia, this kind of stunning sunset has become routine. What struck them most about that evening was how their guests, a vacationing couple from Washington, D.C., who’d found Reese on Airbnb, were so awed.

“We love sharing our space,” says Reese. “That’s been one of the most joyous parts of [hosting guests].”

Nearing retirement from her job as a nursing professor, Reese listed her home on Airbnb in January 2017, mainly hoping to generate a bit of extra income. In the nearly two years since, the couple says, the experience of hosting travelers from near and far (Baltimore, Peru, Columbus, Malaysia, etc.) has turned out to be the highlight. 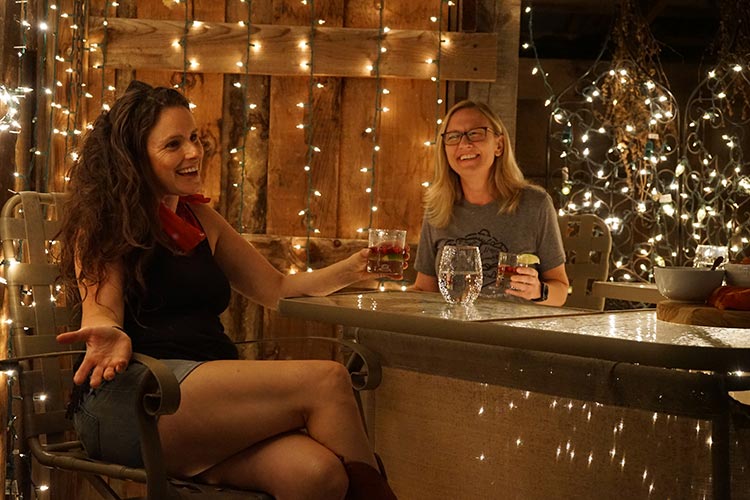 “We’ve joked we would let the place up for free just to have these fascinating people,” says Warner, a photographer.

Those who’ve stayed with Reese and Warner are part of a rapidly growing crowd using Airbnb to book lodging in Tucker County, home to the Canaan Valley, Blackwater Falls State Park, and the mountain getaways of Davis and Thomas. According to the company, 8,700 guest nights were booked in Tucker County in the 12-month period ending July 31, 2018 – up significantly from the previous year, and exponentially from the mere 200 guest nights booked there in 2013. That’s made Tucker County one of Airbnb’s fastest-growing markets in the state.

Alison Isaacs, an Airbnb host in Thomas, has also found unexpected reward in her interactions with guests.

“[It’s] an opportunity for locals to share their world,” she says. “I know that I live in a wonderful place and I love sharing it with others.”

Isaacs enjoys impromptu dinner parties with guests on her back patio, and now exchanges postcards with an old-fashioned pen pal from St. Louis who once stayed with her. She started hosting, however, out of necessity. After a long-term rental situation in her house went sour, she found herself facing foreclosure. Isaacs had used Airbnb once before on a trip, and decided to give it a try. Within days of listing her home in May 2017, she had her first booking. 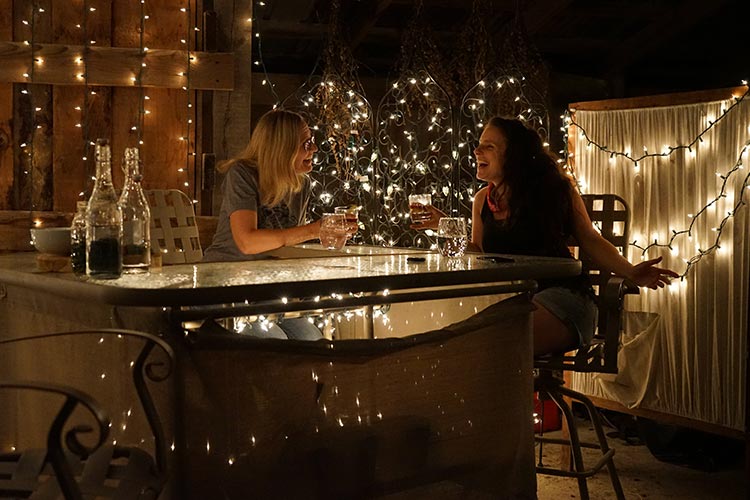 “I was able to save my house with Airbnb, long story short,” says Isaacs, who teaches life and job skills to people with special needs. She sees the platform as a great opportunity for “the little guy to make a little money off of their space,” and is living proof of the benefit it can offer those willing to open their homes to strangers.

That’s an angle Airbnb is happy to emphasize. Public affairs manager Ben Breit writes in an email that the platform’s ability to help hosts earn money and promote tourism widely “is providing the type of travel that is best for destinations, residents, and travelers alike.”

In theory, Airbnb represents economic opportunity for local government through the 6 percent hotel/motel tax it levies on lodging. Concern in Tucker County has arisen, however, over the fact that Airbnb doesn’t collect this tax on behalf of hosts there. Instead, it simply requires them to certify they understand their responsibility to collect and remit any applicable taxes.

“I was able to save my house with Airbnb, long story short.”

Within the past year, the county, along with Davis and Thomas (which collect the lodging tax within municipal limits), have launched outreach campaigns, including letters and door-knocking, to improve compliance. In Davis, the effort seems to have begun paying off. Town Clerk Joni Felton says monthly lodging tax revenues have increased by around $500 since the town began contacting Airbnb hosts.

In nearby Thomas, however, City Clerk Kathy Helmick is less encouraged. She worries that some hosts don’t realize that lodging tax revenues sustain the area’s tourist economy by funding the local visitors bureau and various public services.

“They just feel like [we’re] trying to penalize them,” Helmick says.

“I don’t think people are not paying out of spite,” says Jess Waldo, executive director of the Tucker County Convention and Visitors Bureau, who is hopeful that continued outreach will improve the situation.

She and others also point out that it could be easily fixed if Airbnb itself would simply collect and pay local taxes. While that happens in other parts of the country where the company has tax agreements in place, that’s not yet the case in West Virginia. (Breit, the company spokesman, notes that Airbnb is in discussions about a collection agreement for state sales tax, which West Virginia lodging establishments are also required to collect.) 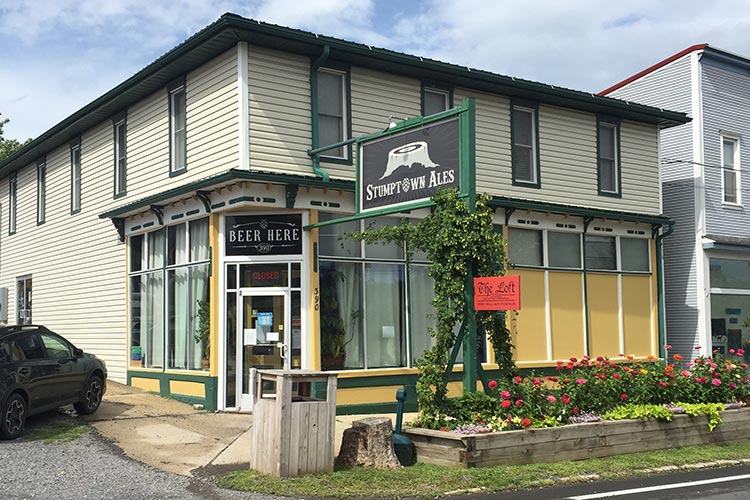 A bigger concern of Waldo’s is Airbnb’s potential to exacerbate a long-standing problem in the community: a shortage of rental housing for residents. Alice Fleishman, who has run a screen printing business in Davis since the early ’80s, agrees.

“If there’s any resentment about [Airbnb], it has more to do with availability of long-term affordable rentals,” she says.

Because finding a house or apartment to rent is difficult, Fleishman is on the constant lookout for rental opportunities for her employees. At the same time, she’s enthusiastic about Airbnb, which she uses to rent out a large loft apartment next to her shop (its size and layout make it a “white elephant” on the long-term rental market, she says). One of the things Fleischman likes about Airbnb is the personal nature of the transactions, meaning guests seem to take better care of the space than when she used to rent through a local management company.

At this point, there’s no hard data on the impact of Airbnb to Tucker County’s long-term rental housing stock. Nevertheless, Waldo says it’s something she and other community leaders are paying attention to.

Here, though, is a slightly more discrete data point: Tucker County is a tourist magnet, attracting somewhere around 1 million visitors a year (or, nearly 150 gawkers for every local). So far, that’s created plenty of demand to keep bookings strong for the established lodging industry, even as Airbnb has come roaring onto the scene. For many of those now using it to rent out their homes, it’s an unqualified good; for local government, it’s a new source of revenue yet to be fully captured; for a resident in search of a rental, it’s perhaps another squeeze on an already-tight market. And for all of them, however they feel about it, it’s now a simple fact of life.