Acoustic trio The Stray Birds have long been a favorite of mine.

I first heard of the band on my one visit to IBMA, in 2013, and the band turned up on Trail Mix that same year for the first time. It was with sadness that I heard of the band’s dissolution some months ago, as their harmonies, songwriting, and instrumental prowess always impressed me.

My sadness didn’t last long, however, as I discovered that Maya De Vitry – guitarist and singer of The Stray Birds – was dropping her debut solo record this month.

De Vitry holed up in her grandparents’ Pennsylvania cabin and began writing the songs that would eventually become part of her new record, Adaptations, in 2016. There isn’t a more appropriate title for such a release, as – for any musician – shedding a band and embarking on a solo journey is an adaptation of the highest order.

Adaptations is a collection of remarkable tunes, recorded with a stellar ensemble of musicians, draw on love, freedom, and introspection and prove remarkably that De Vitry will be just fine on her new solo adventure.

This week, the Trail Mix is excited to bring you the world premiere of “Anyone At All,” which I was lucky enough to chat with De Vitry about recently, along with her plans for 2019 and the joy of songwriting in the solitude of her grandparents’ cabin.

BRO – The title of the new record is telling. How are you adapting now as you venture out as a solo artist?

MDV – Lots of adapting going on internally. I’m learning to protect my own energy as a resource – taking care of my body and mind, and I’m staying off the road for the time being, which has meant working part-time as a barista. And I’m learning to face self-doubt head-on in many ways.

BRO – Best part about writing at your grandparents’ cabin?

MDV – I really hadn’t been alone very much in my life. It was disorienting and jarring at first. It took me about a day to feel comfortable making whatever noise I wanted, as if someone could still hear me, and then I just ended up talking to myself, or even shouting, and eventually singing whatever I felt like singing. The best part was the overwhelming feeling that I was encountering something new, as if I could actually sense the wind that was lifting and turning a page for me, creatively.

BRO – How did you go about surrounding yourself with such great musicians for these recording sessions?

MDV – Dan Knobler, who produced and engineered the record, and Anthony da Costa, who played guitar and sang harmonies, were true advocates for my music from the very beginning. Dan really guided the process of who to involve in the studio. I really trust Dan’s instincts. Dan got his friend Jason Burger on board to play drums. I met Jason for the first time when I walked into the studio for our first day of tracking, and I instantly felt at peace in his presence. I’d known Sam Grisman for many years through the acoustic music scene, and Dan was really confident that Sam would have a great approach and feel on the bass for these songs. Dan also called on his friend Russell Durham to arrange strings and woodwinds on a few songs, which led to another layer of musicians beyond the live studio band. Some of the other musicians on the record were already dear friends, like Lindsay Lou and Courtney Hartman, but plenty were strangers at the time.

BRO – We are premiering “Anyone At All” on this week’s blog post. What’s the story behind the song?

MDV – Especially during life transitions – between places, jobs, relationships – it can feel like we are on display, and I wanted to affirm the freedom to have nothing to show for yourself. For me, it took actually stepping physically out of sight, physically stepping away from people’s well-intentioned interrogations, to begin seeing myself in a loving way.

MDV – I’m excited to just keep being alive and growing as an artist, and striving to feel free and rooted at the same time. And I’m always excited to spend time outdoors, too. I love hiking, camping, climbing, and swimming, and, as I sing in “Anyone At All,” just sitting out in the sun and having a coffee in the yard.

This month, Trail Mix is lucky to feature two songs by Maya De Vitry. Check out the poignant “Go Tell A Bird,” which is available all month long on the January mix. And, right here, tune your ears into “Anyone At All,” for the very first time! 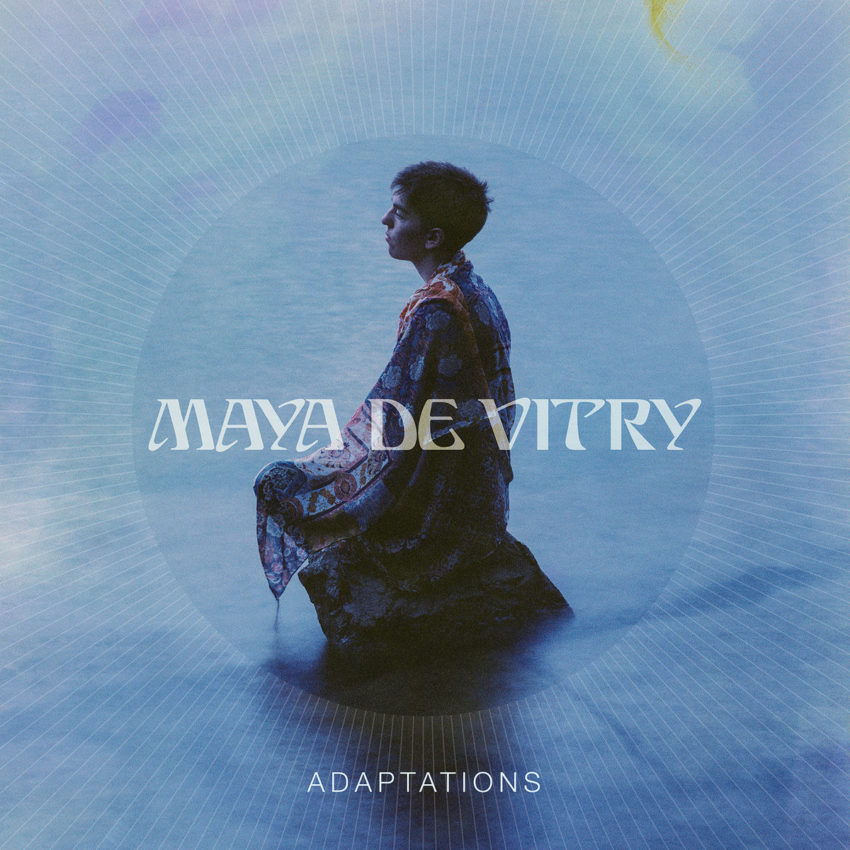 You can catch Maya De Vitry live in Nashville, including the release party for the new record at The 5 Spot, a few times between now and early February.

After that, you’ll need to be in Montreal for the Folk Alliance International festival to hear songs from Adaptations.

For more information on Maya De Vitry, how you can get the new record, or when can see her live, be sure to check out her website.

And, before you go about the rest of your day, take a listen to Maya’s “Go Tell A Bird,” along with other great tracks from artists like The Delines, The Burney Sisters, and John McCutcheon on this month’s Trail Mix.