Go OutsideGearing Up for Patagonia

Gearing Up for Patagonia

My plane ticket is booked. The training schedule I’ve committed to for months is winding down. The great adventure that is the Wenger Patagonian Expedition Race, a weeklong endurance event through Tierra del Fuego, Chile, kicks off on February 9th. I’d be a liar if I said I wasn’t scared. 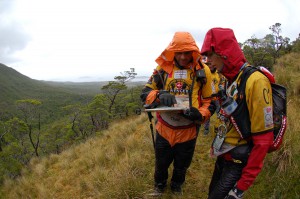 Indeed, this race is the most ambitious—some might say crazy—event I have ever signed on to do. My four-person team will trek, bike, kayak, and climb in the forests and mountains of Patagonia for days on end. The race course will likely crest 400 miles in length.

But at least I should have the right gear for the job. Over the past two months, I’ve combed catalogs and phoned fellow gear junkies to come up with a best-of-the-best kit of equipment to battle exhaustion and the elements in the wilds of Patagonia.

As with most adventure races, the primary disciplines in Patagonia will be mountain biking, wilderness trekking, and kayaking. We will go for days between supply stops, toting food, sleeping bags, tents, outerwear, and survival gear in backpacks. We’ll drink water from streams. We’ll sleep a couple hours each night in the bush.

On long races, speed of travel can be compromised by heavy gear. But too little gear is unsafe. For Patagonia, my team will attempt to ride that razor-edge middle line. We will go as light as possible—but not so light that our gear could be inadequate in a time of need. 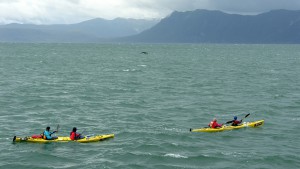 For example, ultra-light tents from Terra Nova Equipment will provide shelter at night. Our team tents, two Terra Nova Laser models, weigh less than three pounds apiece when packed up. But feathery materials and minimalist design — including siliconized nylon fabric and needle-like tent pegs made of titanium—allow the company to create a waterproof shelter that can keep nasty weather at bay.

On my feet, I will wear waterproof boots for much of the race. But the Inov-8 Roclite 288 GTX—a high-top with a flexible sole and sticky-rubber tread—weigh half what traditional hiking boots might clock on a scale. With such lithe boots, you trade some support and protection for faster feet. It’s worth it in a race.

Finding the right outerwear and apparel for Patagonia is a major challenge. My team has decided on tops and base layers from Ibex Outdoor Clothing. The company uses a fine merino wool that is viable across a range of temperatures. It retains some warmth when wet. It breathes when your body is hot. After years of testing every type of fabric on the market, old-fashioned wool is still a top choice when I race.

My mountain bike, the Giant Athem X1, is a fast and speedy iron steed. This high-end bike has dual suspension to take in the bumps. But for long cross-country segments, it is made to be efficient on flat ground and long climbs. I have ridden the X1 for three months of training and have come to appreciate its mutability across a spectrum of trail types.

In icy Patagonian waterways that might include the Strait of Magellan and the Beagle Channel, my team is not compromising on the gear. We will paddle two-person Necky Amaruk kayaks and stay outfitted the entire time in dry suits and hoods. We will paddle with gloves and booties on. The waterproof suits—Kokatat’s Gore-Tex Front Entry models—should keep us safe in the worst case of a capsize in the waters at the end of the world.