The inaugural issue of Blue Ridge Outdoors, a quarterly insert in C-ville Weekly. BRO’s first editor John Blackburn uses the term “ecosports” in his letter from the editor 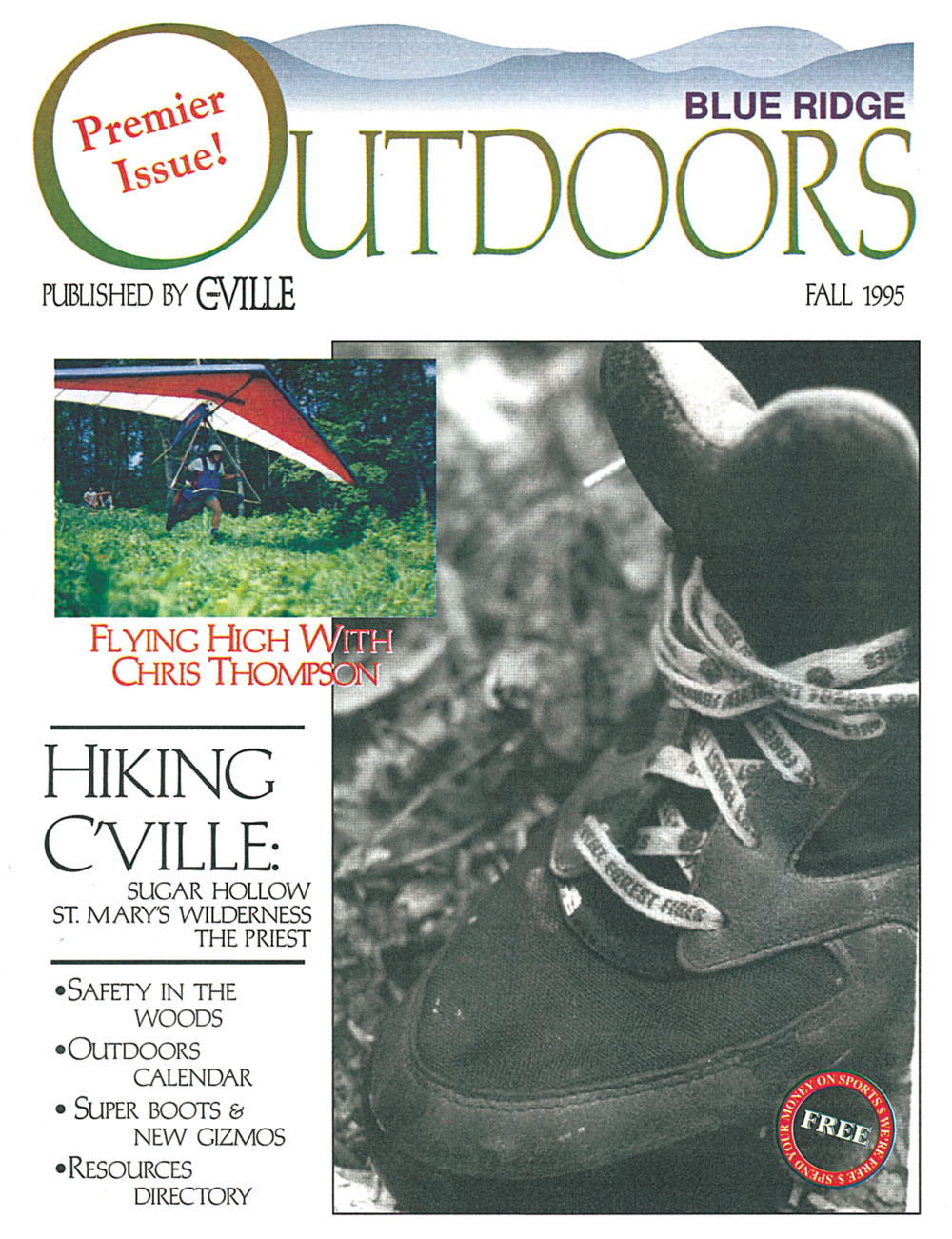 BRO’s first motto makes its appearance on the cover: Spend your money on sports—we’re free

The first 7,600 acres of DuPont State Recreational Forest are purchased by the state of North Carolina 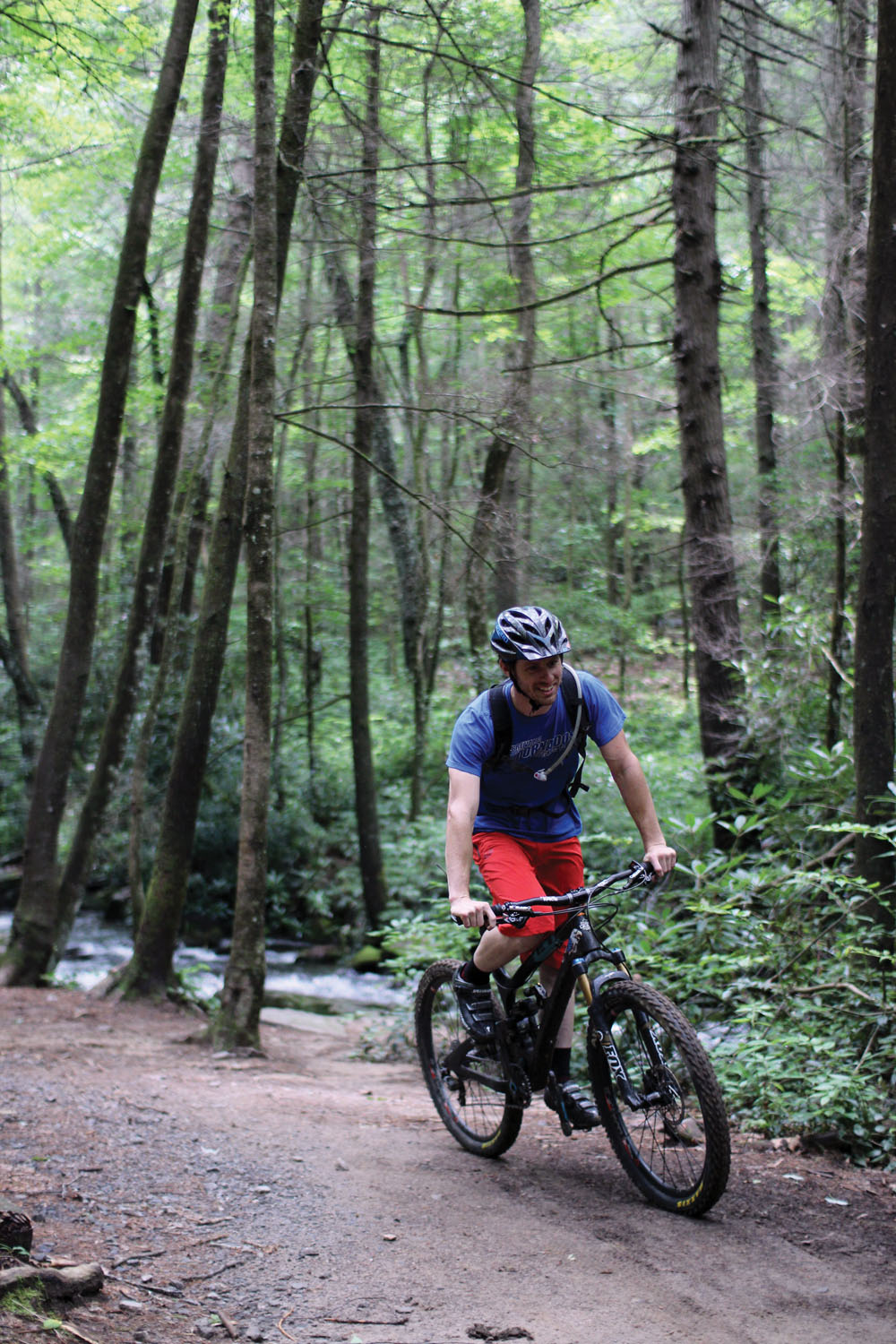 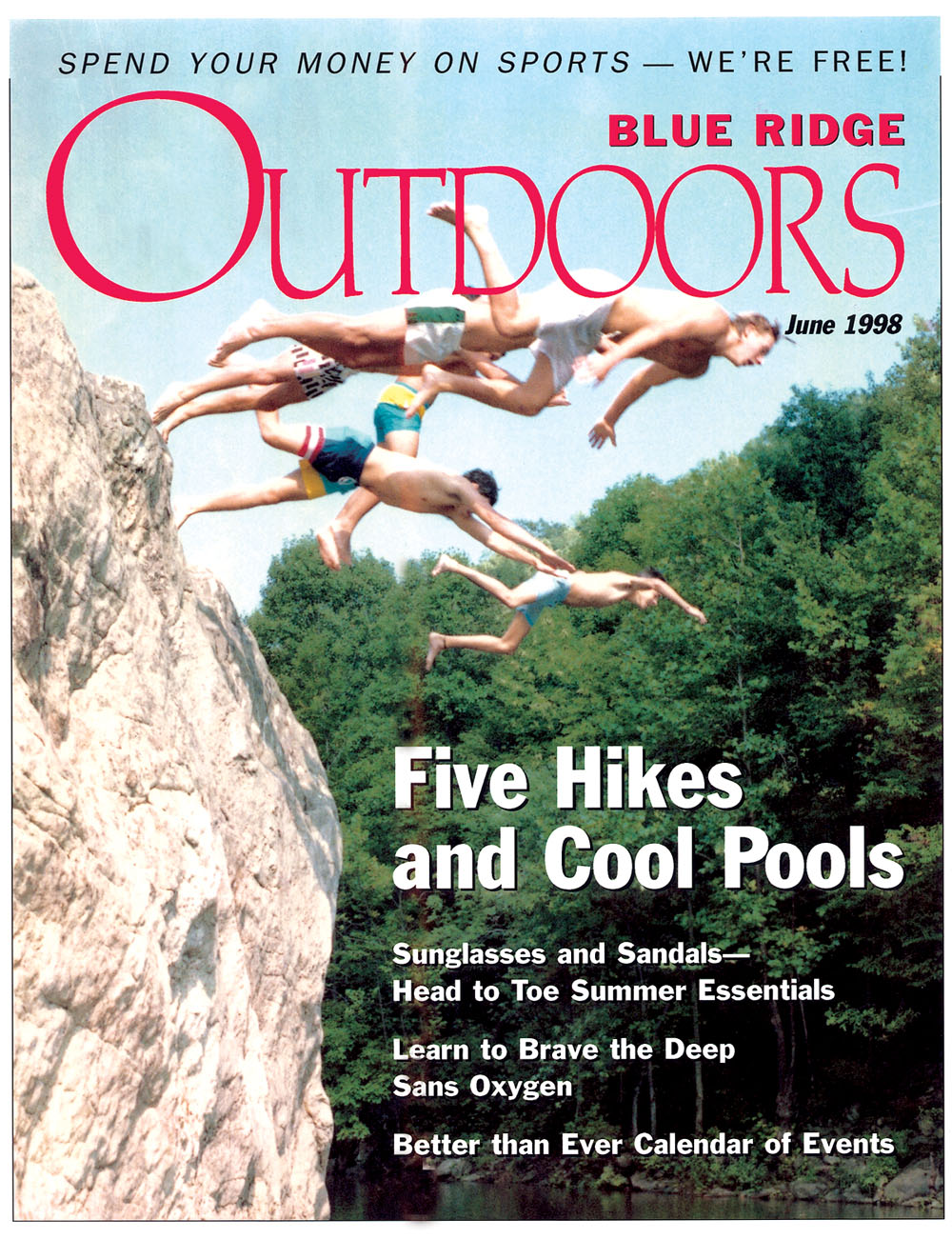 The Priest and Three Ridges are designated as wilderness

The Barefoot Sisters, Susan and Lucy Letcher, hike the A.T. barefoot; the next year, they turn around and thru-hike the A.T. southbound

The hemlock woolly adelgid is first observed in the Smokies after already decimating hemlock populations in Shenandoah. The adelgid will go on to wipe out nearly all hemlocks in Appalachia

Big Sandy River in W.Va. is named one of the country’s most endangered rivers Report after a 250-million gallon chemical spill, 20 times larger than the Exxon Valdez spill

BRO publishes its first Best of the Blue Ridge Awards

Will Harlan completes a 72-mile run of Appalachian Trail through the Smokies to raise awareness for air pollution. It plays an important role in North Carolina’s lawsuit against TVA coal-fired power plants, forcing 14 power plants to install pollution-control devices. Will Harlan later sets the unsupported record running the A.T. across the Smokies 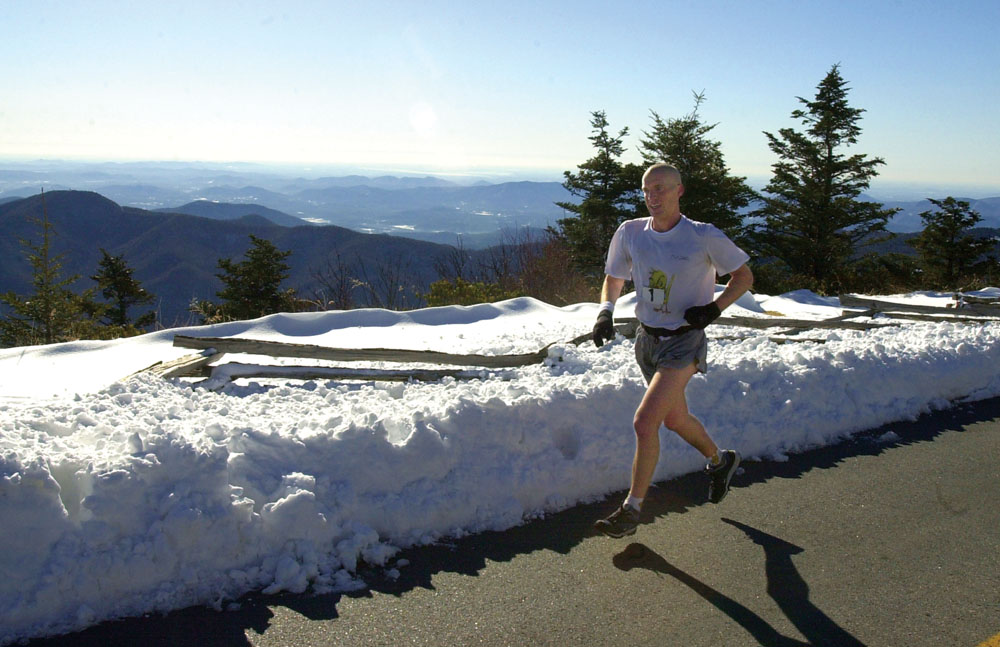 Lee Barry, 81, becomes the oldest person to thru-hike the A.T.

BRO publishes “Old School,” one of its most popular stories, about grown-up Jay Hardwig returning to fifth grade P.E. class for the Presidential Fitness Test

Rick and Liz Weber purchase their first parcel of land in the Red River Gorge in Kentucky and begin developing Muir Valley, a climbing area that is now home to over 400 different climbs

The 500th mountain is flattened, razed, and destroyed by mountaintop removal mining in Appalachia

Leanna Joyner hikes the A.T. in a red skirt; later, she becomes voice for the trail by working for Appalachian Trail Conservancy

U.S. National Whitewater Center opens in Charlotte, N.C., one of only two artificial whitewater courses on the East Coast

BRO publishes “In Search of Bigfoot,” which becomes our most popular story of the year

BRO features stand-up paddleboarding on the cover for the first time.

Jennifer Pharr Davis sets the fastest speed record for a supported thru-hike of the A.T. in 46 days, 11 hours, and 20 minutes

The year’s most popular story is “The Greenest Man in the Mountains,” a tribute to an old-time Appalachian mountain man who lives more organically and close to the land than even the most dedicated eco-village hippies

The Southeast experiences the wettest summer season to date with some states receiving over 45 inches of rainfall. Kayakers are stoked

Matt Kirk sets record for unsupported thru-hike of the A.T. in 58 days, 9 hours, and 38 minutes

2,600 acres burn in the Linville Gorge

Editor in chief Will Harlan publishes Untamed: The Wildest Woman in America, which highlights Southeastern conservation hero Carol Ruckdeschel and her fight to save Cumberland Island

Kentucky hosts its first ever 100 mile race, the Cloudsplitter Ultra, on the Pine Mountain Trail

The Holtwood Play Park opens in Pennsylvania, a win for Mid-Atlantic playboaters

BRO launches a college ambassador program and an athlete team