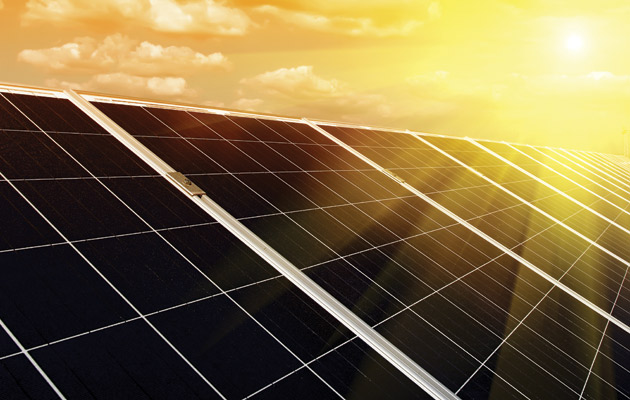 Flashpoint: Solar Could Power Half of Appalachia

No doubt you’ve heard the excuses from certain lawmakers and their benefactors in the petrochemical industrial complex: Forget renewable energy. Especially solar. The technology isn’t there and it’s too expensive and it’s really just pie-in-the-sky stuff for hippies.

Investors disagree. Solar production has grown 900 percent in the past five years, and now even Wall Street has taken a shine to solar power. As a recent CitiGroup investment report put it, “Our viewpoint is that solar is here to stay.”

Jeff Deal, senior project manager at the Appalachian Institute for Renewable Energy, says we already have the technology to power up to half of Appalachia with solar alone—and we can do it affordably, if we get our policies and priorities straight. We talked with him about the massive, unrealized potential of renewable energy.

Why hasn’t solar energy been more widely adopted in Appalachia and around the country?

The big problem right now is that there’s no way to finance it. To buy a solar system, you have to produce that money upfront—like $20,000 to $40,000. People love it in principle, but then they see the price tag and freak out. If you could buy renewables as easily as buying a car, it would be a different world.

What is the long-term potential of solar?

Colossal. Even though it’s not exactly Southern California, Appalachia gets enough sunlight to power 50 percent of its electricity demands.

How can we change our public policies to encourage, rather than discourage, the use of solar?

First, the government should make it legal for people to sell electricity to each other. A lot of our policies have been created to favor entrenched market forces like fossil fuel companies. For example, it’s illegal in North Carolina for the owner of a solar panel system to sell electricity back to the installer to defray the installation cost. Removing that roadblock would be huge. We need to have 21st century economic policies for the sale of electricity, not medieval, plantation-esque policies. And while we’re at it, we should create solar loan and finance programs like Freddie Mac and Fannie Mae. If houses are important, electricity to power homes is also important.

If the subsidies currently offered to fossil fuel industries were offered to solar, would that make solar cost-competitive?

Absolutely. We should provide the same level of subsidies that the fossil fuel and nuclear industries get. If you had to pay the true, cradle-to-grave cost of energy, renewables would win hands-down.

Would we need new battery storage or other technologies for solar to work well?

No. We have more than enough technology, but we haven’t manufactured and deployed it. This isn’t a technical issue—it’s a financing and policy issue. We haven’t invested enough in solar energy to realize its full potential, but the technical part is figured out. Five years ago, we thought it would be gravy to get solar panels down to a dollar a watt, and now we’re below that. We’ve cut the cost of solar panels by 400 percent over the past three to four years. And yet our yearly solar energy generation is something a third-world country would be a ashamed of. We’re busy building nuclear plants that were supposed to be too cheap to meter, and decades later you still can’t get insurance for them and taxpayers are on the hook.

How would solar work at night and when the sun is obscured by clouds?

A variety of storage techniques are available now, like pump storage, compressed air, and batteries. It’s not technically difficult—you just have to spend money on them in the same way you do on fossil fuels. There’s a big reason why we keep an entire carrier fleet in the Gulf of Arabia. If we upped our spending on solar and other renewables, we could probably bring that fleet home.

How much acreage would be required for solar panels to power Appalachia, and where should they be sited?

Some people think you’d need a massive amount of land for solar panels. That’s just not true. A chunk of land the size of the state of Delaware would be enough to power the entire country using solar concentrated power plants, so you’d need a whole lot less just to power Appalachia. Abandoned farmland close to large population centers in Appalachia would be the best place for a centralized system. But importing power to the region is phenomenally expensive, so it would be cheaper to have a decentralized system made up of both large plants to satisfy demand peaks and also individual buildings with their own solar panels.

What role would wind, geothermal, and other types of renewable energy play in powering Appalachia?

All of them could and should play a role. For example, Appalachia has a lot of wind, and hydroelectric would also probably play a role. And we have huge amounts of biomass, which is potential solar energy and represents stored carbon. We have more than enough resources. What we don’t have right now is the political will.