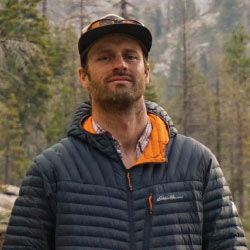 “Eastern Tennessee, in general, is a very unsung area for whitewater. Instead of being in North Carolina on a river next to a road with 500 other people, you’re paddling in a pristine plateau canyon. You’re going to see more wildlife than people. It might not be close to the cultural epicenter of the Southeast, but if you’re a class III-IV boater, you have way better access to rivers than you do in western North Carolina. You won’t find any hipsters coming here. You have to drive far to find a Sweetwater IPA and that in and of itself is part of the identity. It’s a little more scruffy and rougher on the edges, but there is some cool stuff going on.”

Kick off your whitewater weekend in the Cumberland Plateau with a lap down the Little River. Starting in Great Smoky Mountains National Park, this pristine creek is a class III-IV+ run for the first few miles until it reaches the town of Townsend, Tenn., where it mellows into a fun and friendly, yet no less gorgeous, class II float. Once you’re off the water, stop in at Aroma Cafe in Maryville for, in the words of Eddlemon, “the best Cuban sandwich ever.” This hole-in-the-wall restaurant is authentically Cuban, down to the papas rellenas and red beans and rice. It’s a little over an hour to Cumberland Mountain State Park in Crossville where you can pitch a tent for $32 per night or rent a cabin starting at $65 per night.

In the morning, you’re about a 30-minute-drive from the put-in for another eastern Tennessee classic, the Caney Fork River (class III-V). Eddlemon likens this continuous, boulder-strewn river to the Watauga in North Carolina. Even if the water levels aren’t in, the cold clean water is prime habitat for rainbow and brown trout.

After a rowdy day on the river, swing into Sparta for some local brews and food. You might feel like you’re in the middle of nowhere, but this little-known Tennessee town is home to two quality establishments, Calfkiller Brewing Company and the sports bar and grill Sparta Pour House. Toast a Sergio’s Ole Evil-Ass Devil Bullshit Ale to the wonderful weirdness that is eastern Tennessee, then hit the road.

Your accommodations for the evening are in the heart of the Obed Wild & Scenic River at the Lilly Pad Campground (just $5 per person). You’ll probably be bunkin’ up with a bunch of climbers who come to the Obed for the very rock bluffs you’ll be paddling beneath on day three. If you didn’t grab refreshments in Sparta, the campground is, conveniently, also a brewery (Lilly Pad Hopyard Brewery). And a restaurant (Sauced Frog). Del, the Hopyard’s lead brewer, gets his beer-making skills from none other than Walt Dickinson, founder of Wicked Weed in Asheville, so trust us when we say this backwoods Tennessee campground-brewery is brewin’ suds that are on par with the best of Beer City’s.

The Obed is worth a road trip in and of itself, whether you’re a climber, paddler, or hiker. The trails are within walking distance of your tent site, should you feel like a morning stroll. In 15 minutes you can be at the put-in for the Obed, the main section of which is just shy of 10 miles in length and features class II-IV rock gardens. The Obed watershed is the crown jewel of the Cumberland Plateau, and with other whitewater classics like Daddy’s Creek and Clear Creek feeding into the Obed, you could easily spend an entire weekend here paddling a different run every day.