The music of Toubab Krewe creates a meeting of the mountains of Western North Carolina and the desert of West Africa. The Asheville-based quintet has cultivated a cross-cultural fusion of traditional Afro grooves and high-energy roots rock.

Since emerging in 2005, the band has consistently delivered a percussive, dance-friendly sound that bridges musical influences from around the world. In certain moments it floats melodically with Justin Perkins’ traditional string toys, the kora and kamelengoni, while during others it pulses with hearty funk struts or blasts off with the Dirty South distortion of Drew Heller’s guitar runs. The dynamic and diverse sonic exploration has garnered the band a loyal fan base with international reach.

The craft has been honed with a tireless touring ethic and diligent study of musical interests. Early in the band’s existence, members (founders also include David Pransky on bass and Luke Quaranta on percussion) traveled to Mali to learn from traditional players and perform at the famous Festival in the Desert. The result has been torch-bearing interpretation of originators like Ali Farka Toure in the context of modern jam-rock journeys.

In the past year, the group’s sound has particularly evolved thanks to the acquisition of drummer Terrence Houston—best known for his work with New Orleans bass legend George Porter, Jr. (The Meters), and Houston’s current band, the Runnin’ Pardners. Houston contributes some driving Crescent City backbeat to the band’s broad instrumental forays.

“He’s definitely pushed us and affected the way all of us play,” says Heller of Houston. “The sound is continuing to change, as far as our approach and just the way it feels on stage.”

Toubab hasn’t released an album since 2010’s “TK2,” but with the revised line-up new material is currently being developed. Last fall the band recorded some tracks in Brooklyn with a full horn section. “Those sessions yielded a much bigger sound for us,” says Heller. “It shows the more orchestral side of what we do.”

The band is currently gearing up for festival season with an appearance slated for Camp Barefoot in Bartow, W.Va., on August 24. While new studio output is still incubating, there are plans to release some live recordings from two particularly energetic shows in New Orleans, where the band performed this past New Year’s Eve and has fostered a particularly fervent following.

“It’s a really inspiring place with so much music happening,” Heller says. “That infectious carnival spirit has started to influence our sound. It’s about revelry for life, including life on stage.” 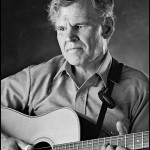 Two days after the first Merlefest (April 25-28) since his death, late flat-picking folk icon Doc Watson will be honored with the release of a new four-disc box set curated by his only daughter, Nancy. The tribute, Milestones: Legends of the Doc Watson Clan, features rare, previously unreleased songs and stories from throughout Watson’s musical evolution, as well as music from various family members that influenced Watson’s career. The release features 94 songs and more than 500 Watson family photos. Material dates back to Watson’s early days growing up in the mountains of Deep Gap, N.C., and also includes latter-day recordings of the multi-Grammy winning folk hero who died last May.

“This set is a broad and personal offering from within the Watson family itself and is presented with such care,” says project producer Roy Andrade, a member of the Bluegrass and Old Time Country Music Studies faculty at East Tennessee State University.

Unlike an expected greatest hits collection with repackaged favorite songs, Milestones will feature home recordings dating between 1954 and 2007. Much of the music and commentary was only recorded for personal entertainment. The set will offer plenty of intimate moments like Doc and his wife Rosa Lee singing “I Wish I Was A Single Girl Again” in 1967 and a Doc and Nancy duet of “Let The Rest of The World Go By” from 2006.

“I’m so happy that my project is finally seeing the light of day,” says Nancy Watson about the release she curated with input from her father before his death. “I’m looking forward to inviting everyone to be part of the family for a bit.”